I’ve just had a look through my previous posts and it looks like I started this thing back in December 2010. For just over four years I’ve been haphazardly wielding a couple of cameras, pointing them at cool cars and throwing together some words about them. Why do I continue to do it? I ask myself that question every time I’m sat there editing photos at 3am, scratching my eyes and wondering who on earth will even bother to read what I’m about to write about them. 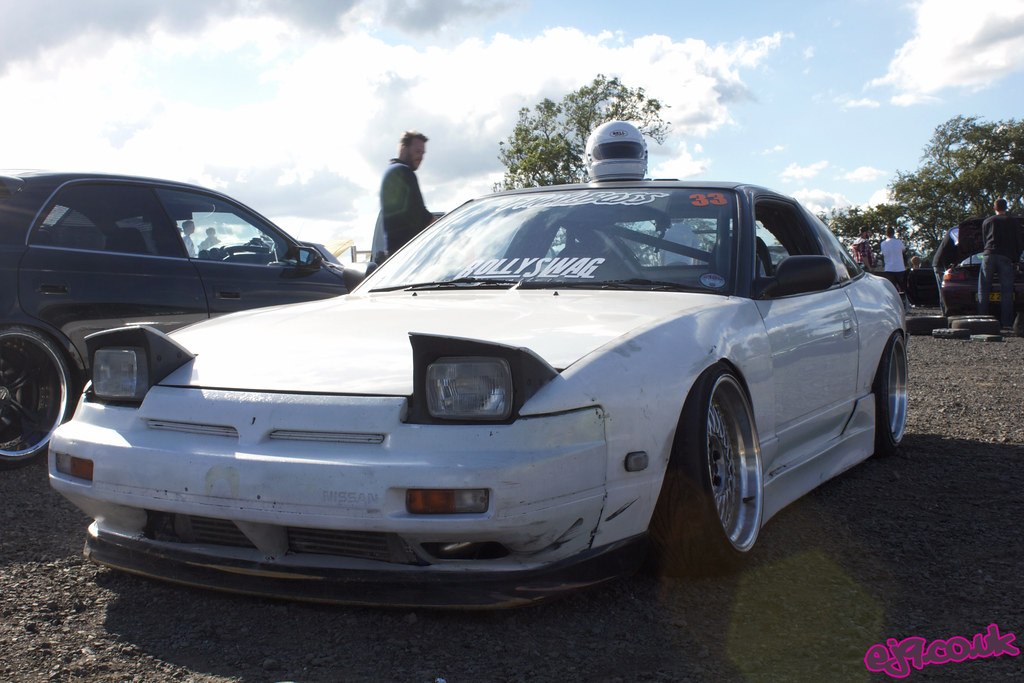 Simply put, I enjoy it. What started as simply a challenge I set myself to build, launch and maintain a website with original content has taken me to all kinds of peculiar corners of the country. I’ve met some awesome people and taken part in some pretty ridiculous activities along the way. What started as a hobby soon transformed into my full time job and, while running this site is something I do on the side, it’s comforting to know that the line between my profession and hobby is so diffuse. 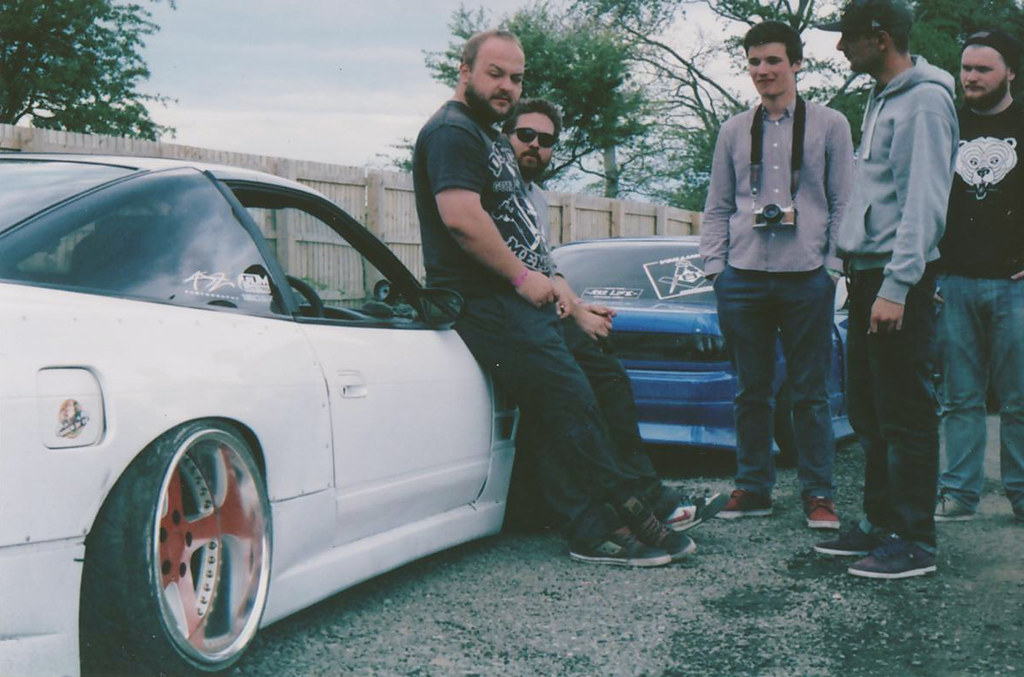 However, therein lies a problem. Back in 2010 this blog was a release; a way for me to take a step back from my mundane day job and indulge in what I truly enjoyed. Fast forward a couple of years and the modified car industry had quickly become my 9-5 daily grind – that sounds perfect, doesn’t it? 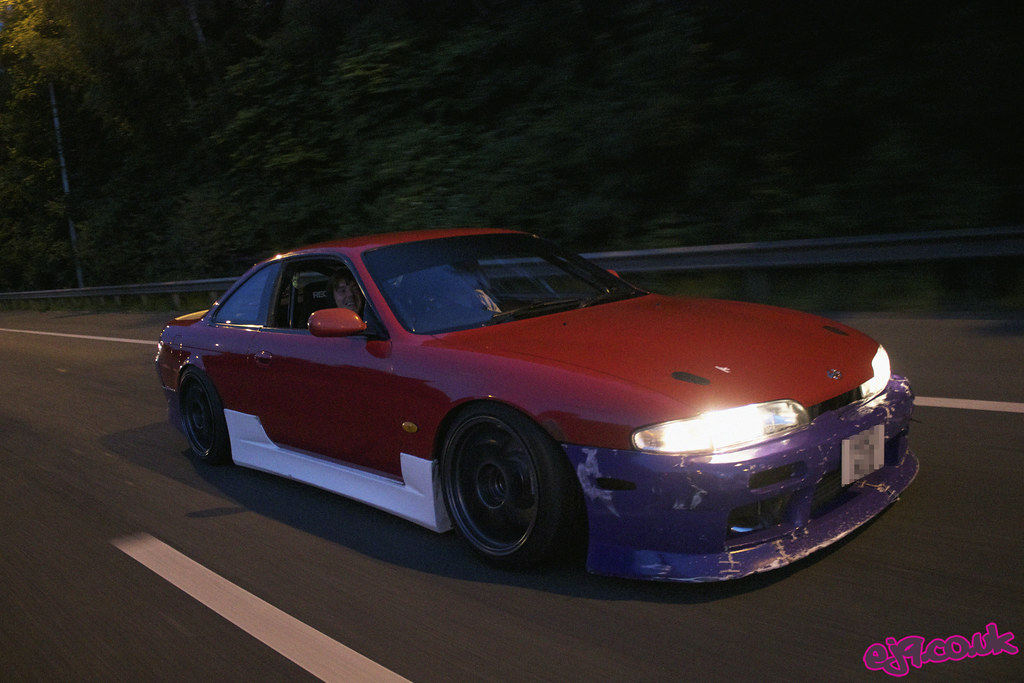 Think again. Try spending the majority of your week selling, writing about and photographing your passion and the last thing you’ll want to do upon your return home is crack open your camera bag and hunt down some original content. Spend your week talking about, writing about and promoting drifting and the very last thing on your mind is opening up your boxes of tools and putting some hours in on your drift car. 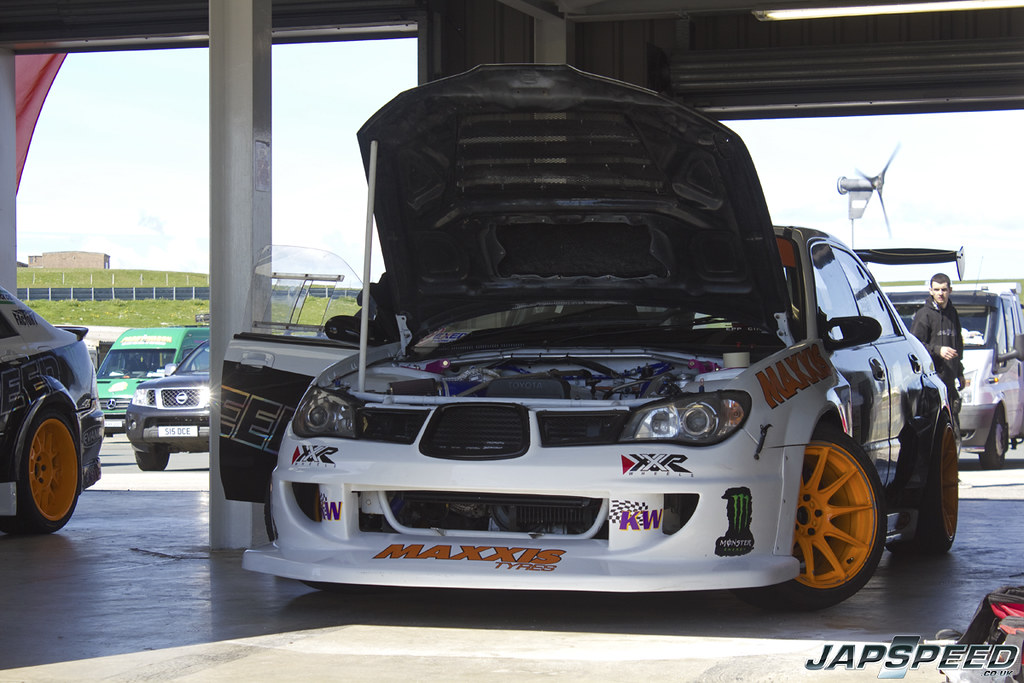 In the latter half of this year I set about a new challenge: reshelling my battered and bruised 200SX S13 into a PS13 shell that I picked up at the start of the year. Aside from the tubbing of the front arches, all of this work was to be undertaken by myself on my driveway in as little time as possible. I had the old car stripped to a bare shell in a little under two days and subsequently spent every spare hour I had on transferring the engine and drivetrain, roll cage and suspension components into the new car. Thanks to the help of a handful of dedicated friends, the PS13 was on the ground and moving under its own steam within about three months. 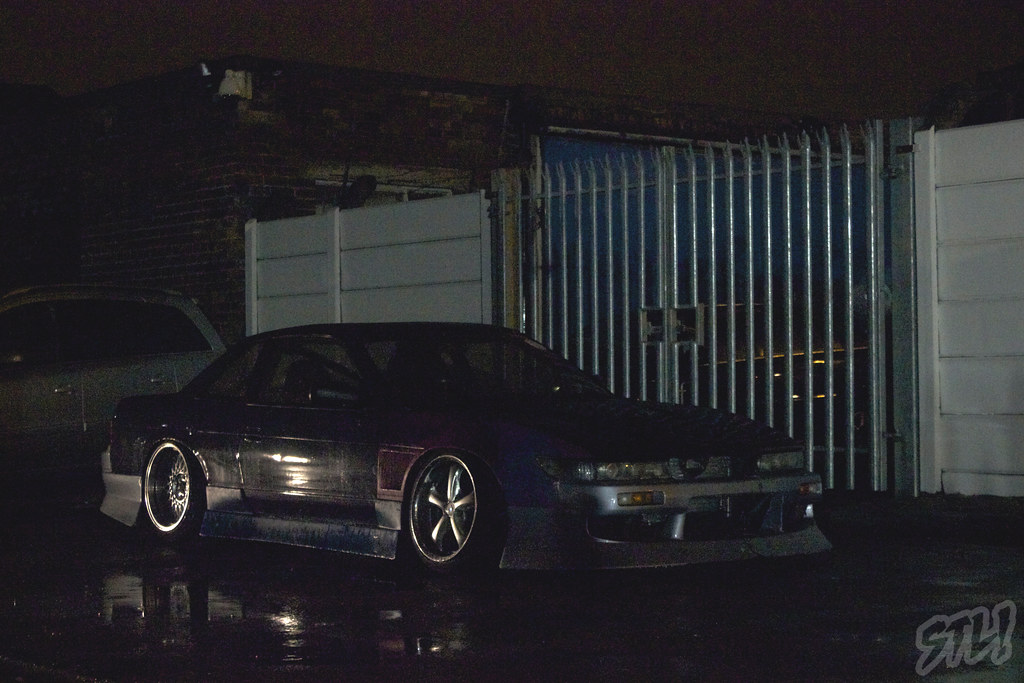 However, it was during this time I had very little motivation to pursue this site or make any effort to seek out original content. Waking up, going to work, coming home and wrenching on a Nissan S-body until it was time to go to bed didn’t leave much in the room of creative time and I apologise for not keeping the blog and Facebook page as content-rich as I’d of liked to. 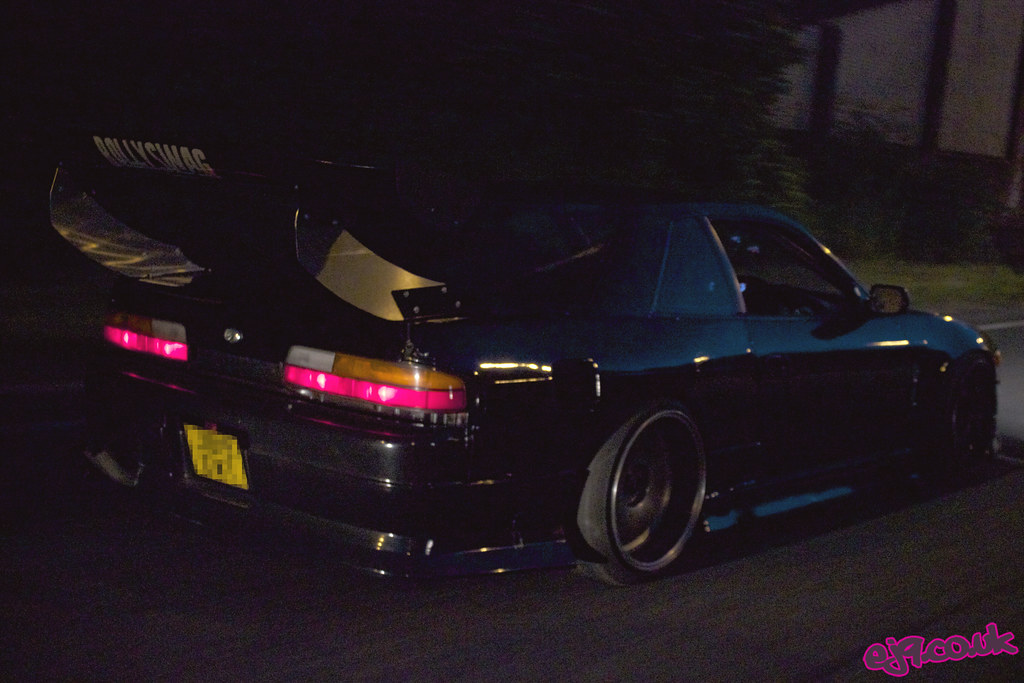 On the other hand, this is 2014 and the internet is awash with those setting up Facebook pages, Instagram accounts and Tumblr blogs with the sole objective of posting the work of others. No creative thirst, no attempt to tell a story and absolutely zero desire to be original. If anything, it pleases me to be able to say that the content on this blog is the sole result of my own doing. It’d be so easy to pinch content from others with nothing but a minor credit to them written as an afterthought but honestly, what’s the point in that? 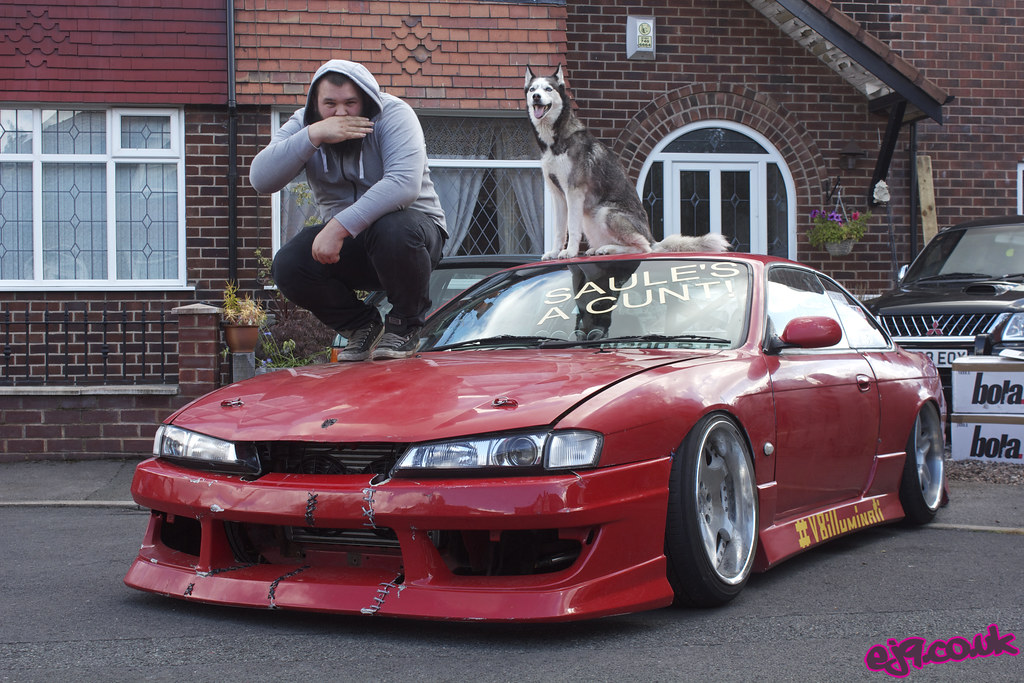 This website will and always will be a place for me to share my personal experiences. I care not for the quantity of the posts on here, merely the quality and what they might offer to you, the reader. At the time of writing, the ej9.co.uk Facebook page has 3,769 Likes. Considering the effort involved and the time that page has been running, that figure is, in the eyes of most, pretty pathetic. And you know what? I couldn’t care less. For me, it’s not about “borrowing” photos from other photographers and using them to push your social media figures. Sure, I do enjoy sharing amateur photographs from the less-obvious corners of the internet every now and then, be they crappy mobile phone pictures or of a build in progress but don’t get me wrong, the real purpose of the page is to share my own work. 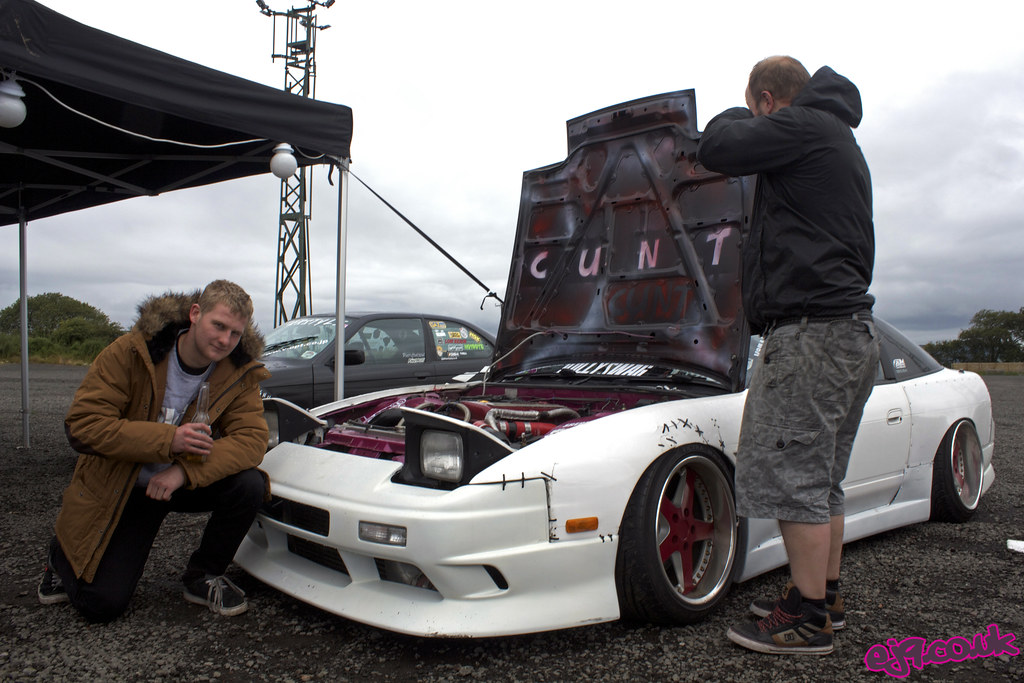 Well that’s enough complaining for now – “surely there must have been some great moments during 2014!?” I hear you ask. Well yes, there were plenty. 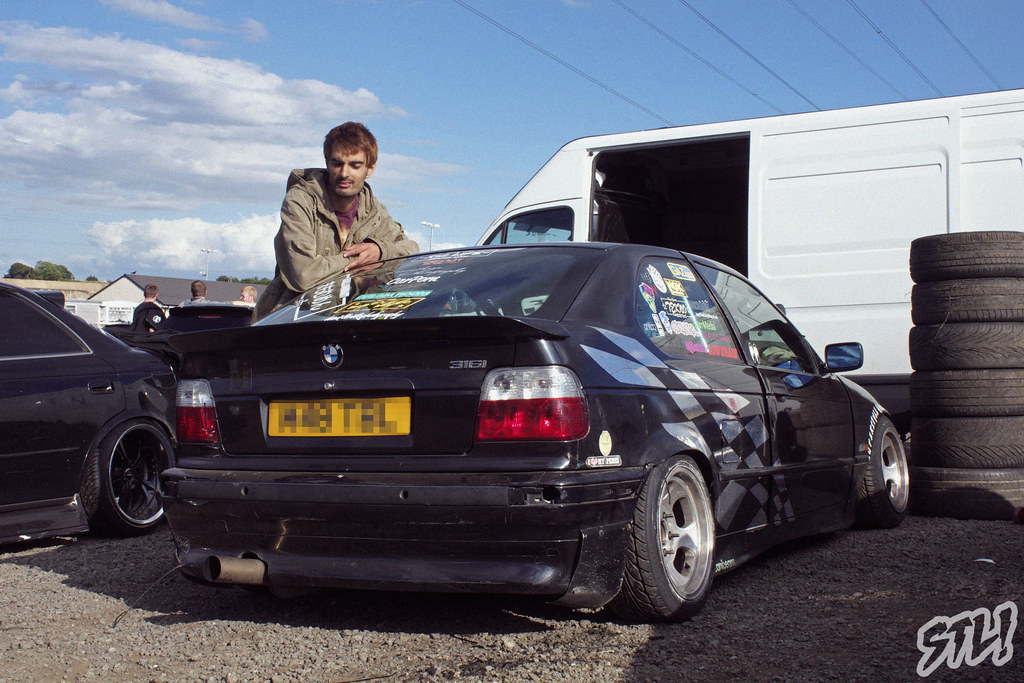 Personally speaking, being able to hit up some great drift days in my own car and get some good practice in was a real plus. Buxton, Teesside and Driftland all provided plenty of laughs and I’m glad I managed to make it to the events that I did.

The BDC was also as hectic as ever this year and it was great to see one of my favourite drivers (in the pits, the pub and on the track) in the form of Shane O’Sullivan claim the Super Pro title in convincing style. 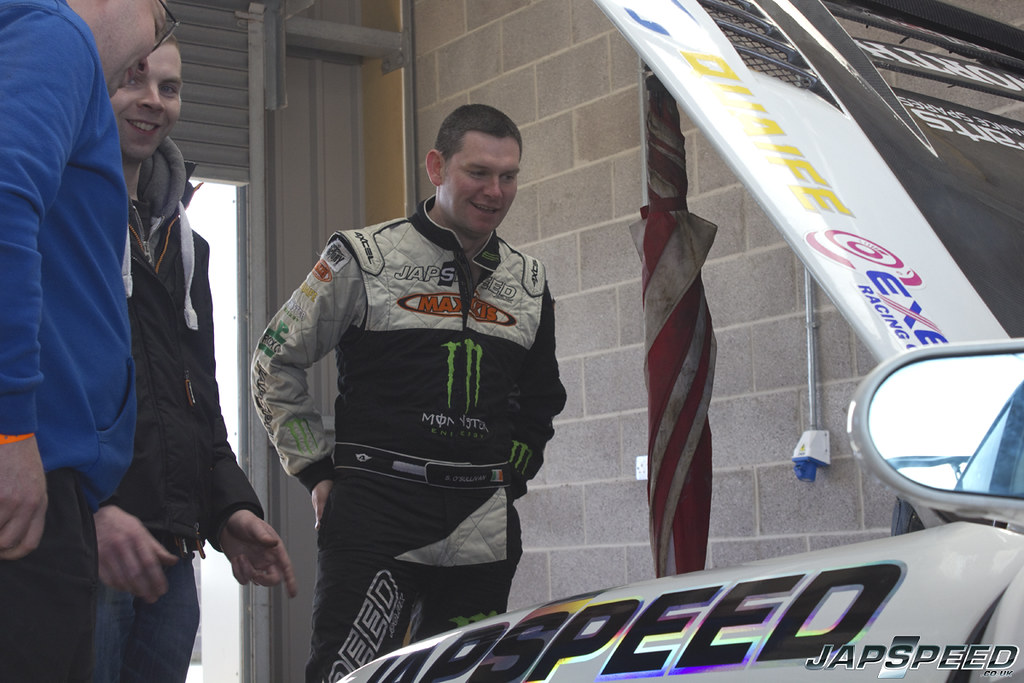 Designing Alex’s livery for his BDC car was also a first for me as I put the idea down on paper, wrangled with Adobe Illustrator and, eventually, got to admire the finished product in person. I’m yet to hear a negative comment about the design and it really pleased me every time I heard another team or driver putting plans in place for their competition cars to go for a similar style for the 2015 season. 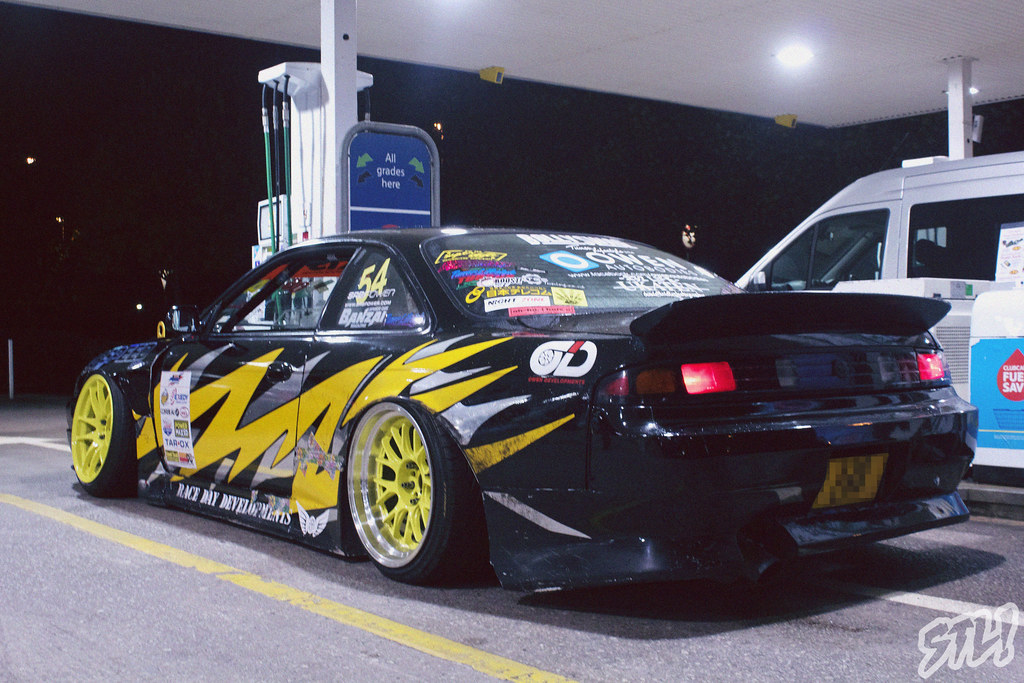 Moving back to grassroots events and Drift Matsuri at Anglesey was another awesome weekend. With the event being extended to incorporate two full days of open pitlane driving as opposed to the previous year’s one day itinerary, the vibe was a lot more relaxed. 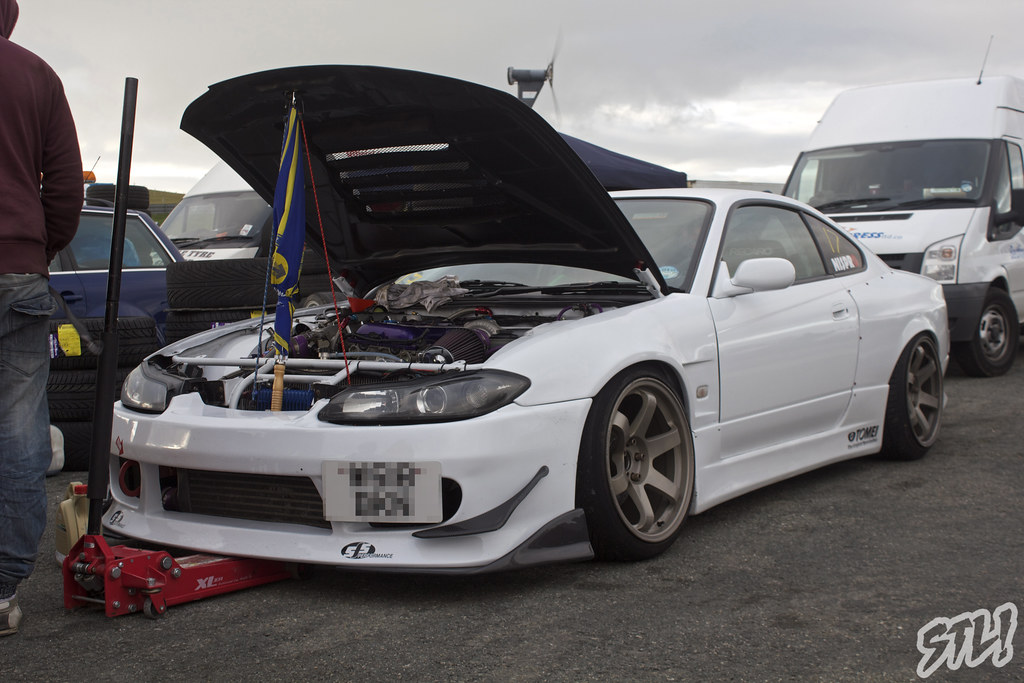 That’s not to say there wasn’t the odd moment of madness though but I was extremely happy that I was able to both work at the event and also enjoy a full day of on-track action, for which I can’t thank Dan Joyce enough for lending me his beloved Onevia so I could hit up the touge course with mates such as Alex and Matt.

The Night Fight was something else for the spectators, although having to spring through the pits to tell James Deane to hurry up and get to the start line for the final, only to find him changing his own rear wheels on the Low Brain PS13 was certainly a peculiar moment. Similarly, standing on the start line during the Night Fight in near total darkness, surrounded by the best part of thirty incredible drift cars and drivers all raring to go was something I’ll never forget; the eery silence pierced only by the muffled sound of the commentary from the PA in the distance and the sound of SR20s, 1JZs, RB25s and a whole host of other highly strung engines flexing their metaphorical muscles. 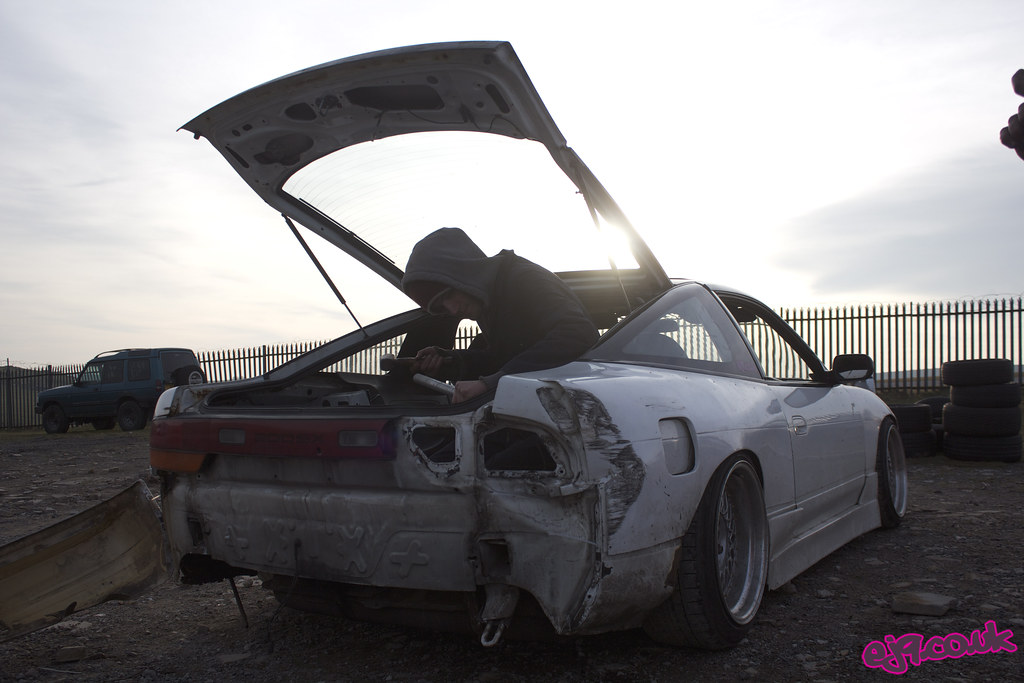 Personally speaking, the event of the year for me was without a doubt, Finalboss Matsuri. It wasn’t just the track action that made it an event to remember, it was everything else that came with it that so many others overlook. Convoying four PS13s, a 200SX S13 and an S14a from Manchester to Driftland in Scotland was no mean feat in its own right but let’s just say that there were plenty of burnouts and a trail of destroyed cats eyes that laid in our wake. 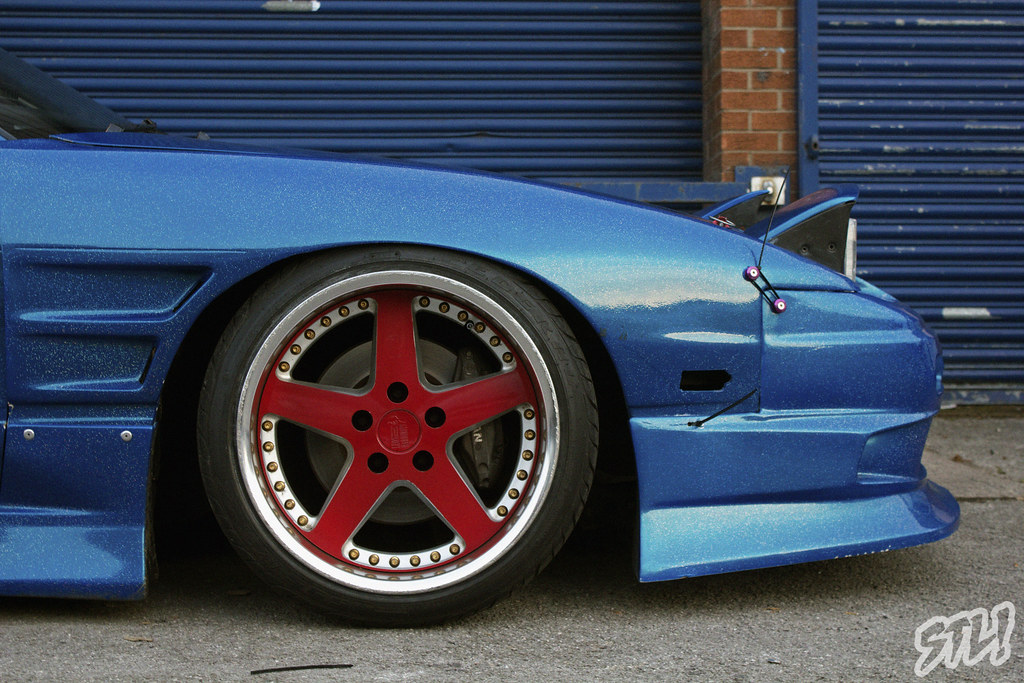 The people, the music, the laid back atmosphere and the exceptional standard of cars: this is what made Finalboss Matsuri one of my favourite events that I’ve ever been a part of.

Another first for 2014 was being able to launch new products in the online store. Considering I’ve never pushed anything more serious than stickers through the site it was an exciting feeling to be able to offer a couple of genuine products that I believed in, having being designed and manufactured here in Manchester. The 3×2 and 5×1 Nissan Driveshaft Spacers are extremely high quality and a very handy piece of kit for those running low and driving hard.

So, what’s the plan for 2015? This is where I’d traditionally say that I want to get some more seat time on track, attend some more events and experiment with some different photography techniques but, truth be told, I haven’t a clue what’s in store. The site could remain the same, I could push it further or I could let it slide into obscurity; at the moment all three seem to be perfectly viable options. 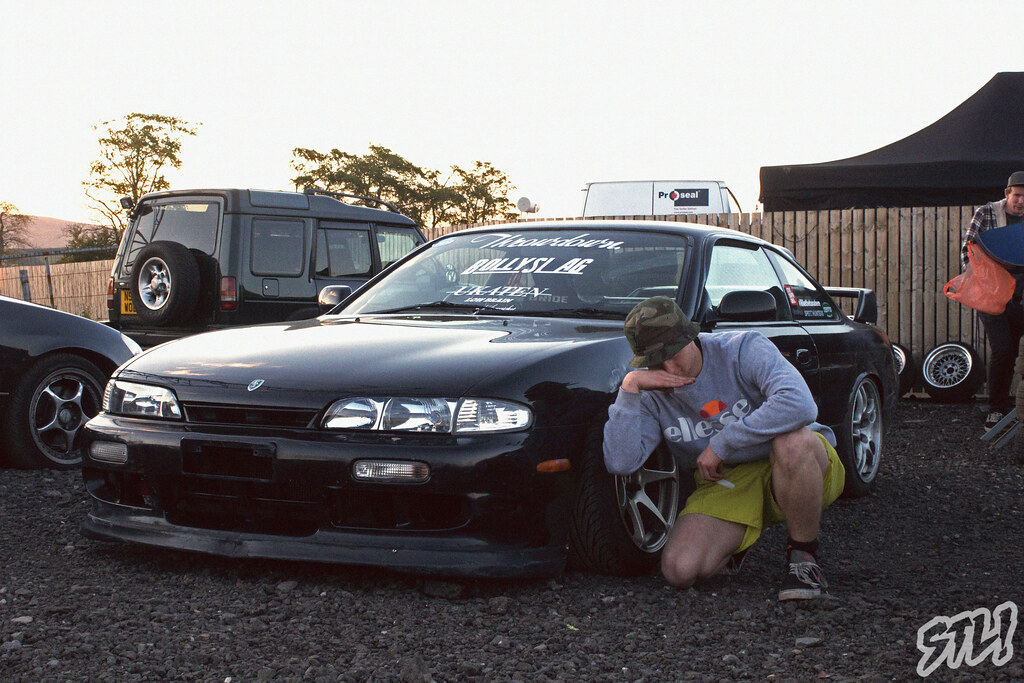 Regardless, thanks for sticking with me for another year and I hope you’ve enjoyed what I’ve had to offer – I’ll leave you with my favourite photo from 2014, taken by Adam at ASR Photography. See you on the other side (maybe).