Trying to experience a country for the first time while juggling any sort of camera more complex than an iPhone is always a bit of a hassle but I made a point of making use of my 35mm Pentax while over in Japan in February this year. I got through a lot of film and have only recently made a start on scanning these in to the computer but I feel they are worth the wait. A lot of these photos were taken in more traditional tourist locations but I’ll start off with the quintessential Tokyo tourist spots for automotive fans: Daikoku Futo and Tatsumi Parking Areas. 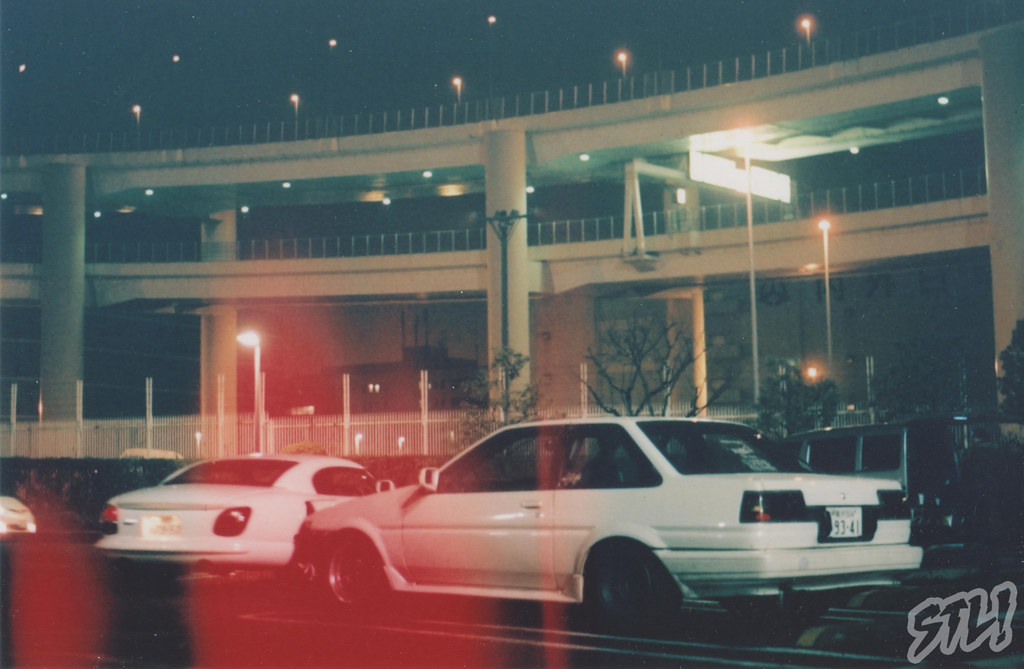 While “Parking Area” is hardly the sort of phrase you’d ever find tagged onto the name of any particularly attractive tourist location, these are two spots you can been guaranteed to see some pretty wild cars on any day of the year. The above photo pretty much sums it up, taken in the rain as soon as we jumped out of Hidefumi-san’s DC5 – a quintessentially Japanese AE86 parked up while a quintessentially non-Japanese TVR drives on by. The JZX100 Cresta below wasn’t short on JDM charm either. 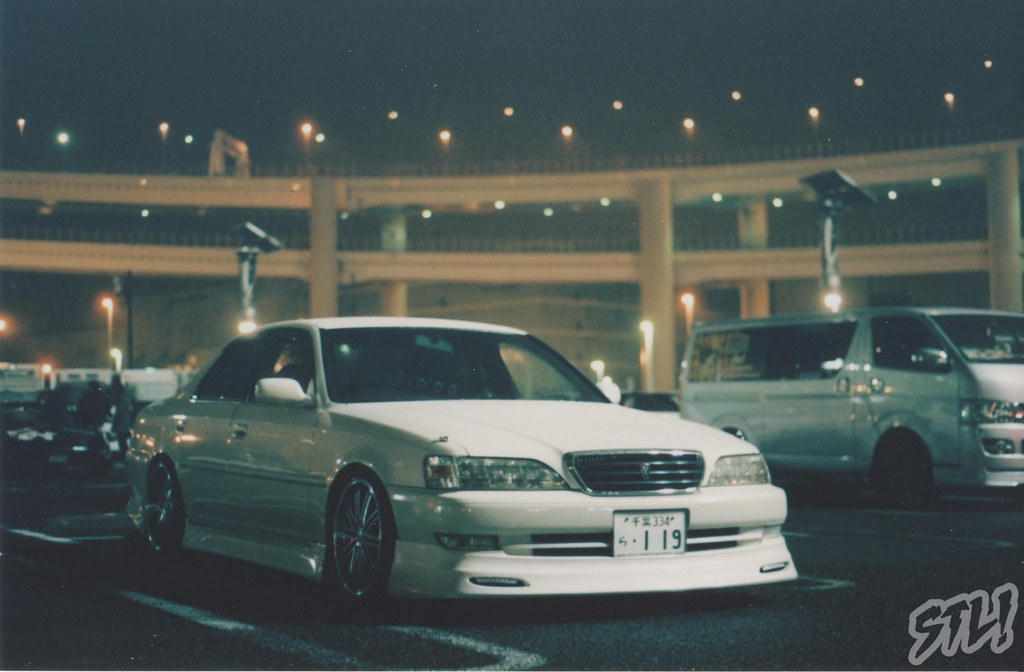 I’ve always wanted an FD3S ever since selling my old FC – this pair of RE-Amemiya kitted examples did nothing to help me stop convincing myself it’d be a good idea to re-enter the world of rotaries. 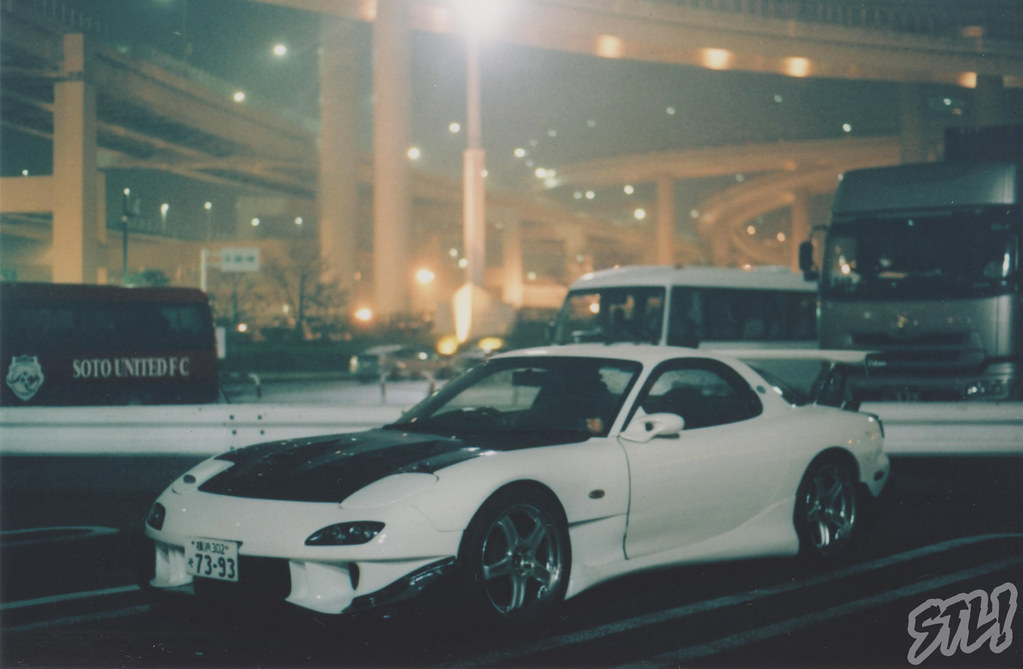 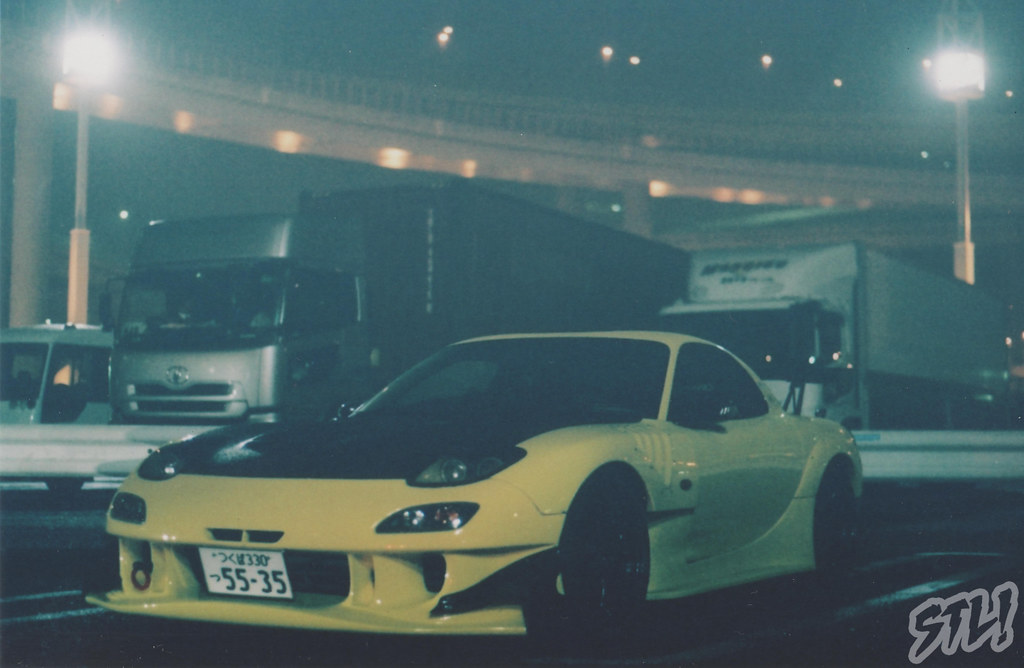 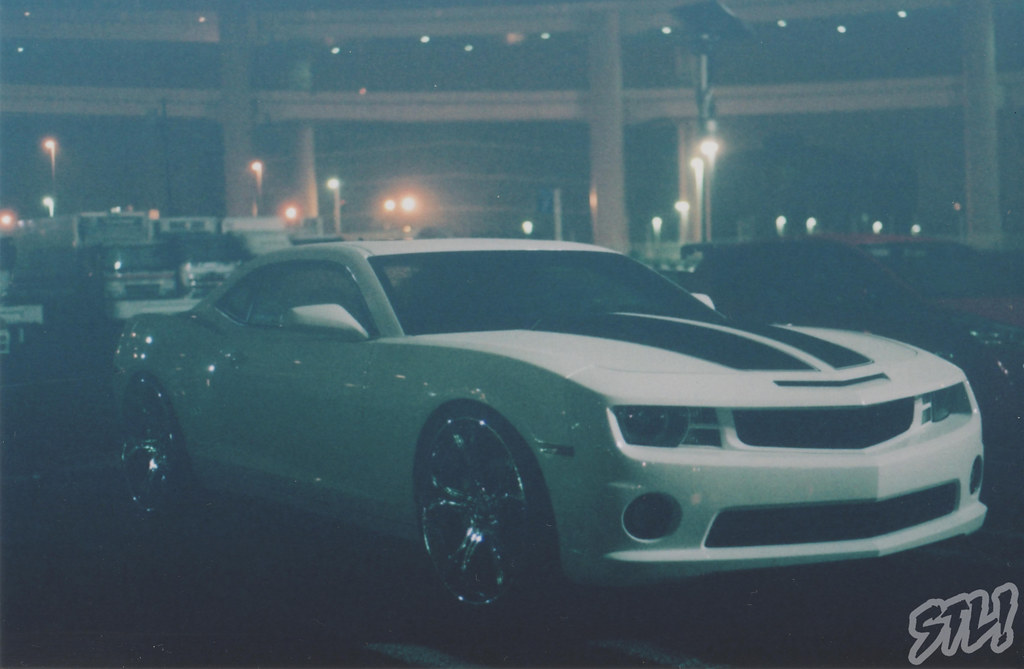 Before we knew it, a line of R32s had parked up alongside each other at the side of the parking area. I’m going to assume it was some form of owners club meet-up judging by the standard of the cars, this particular GT-R being amongst the best of the bunch. 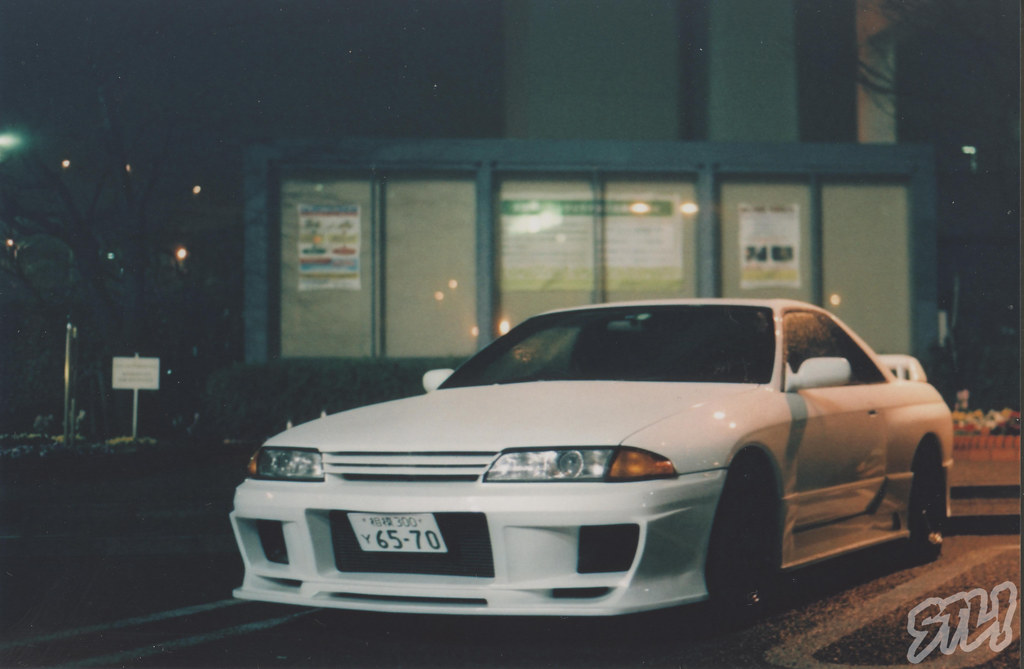 The owner of this GT-R had gone down the slightly more slammed and fitment-centric styling route, with the wild BBS LMs setting it off perfectly. 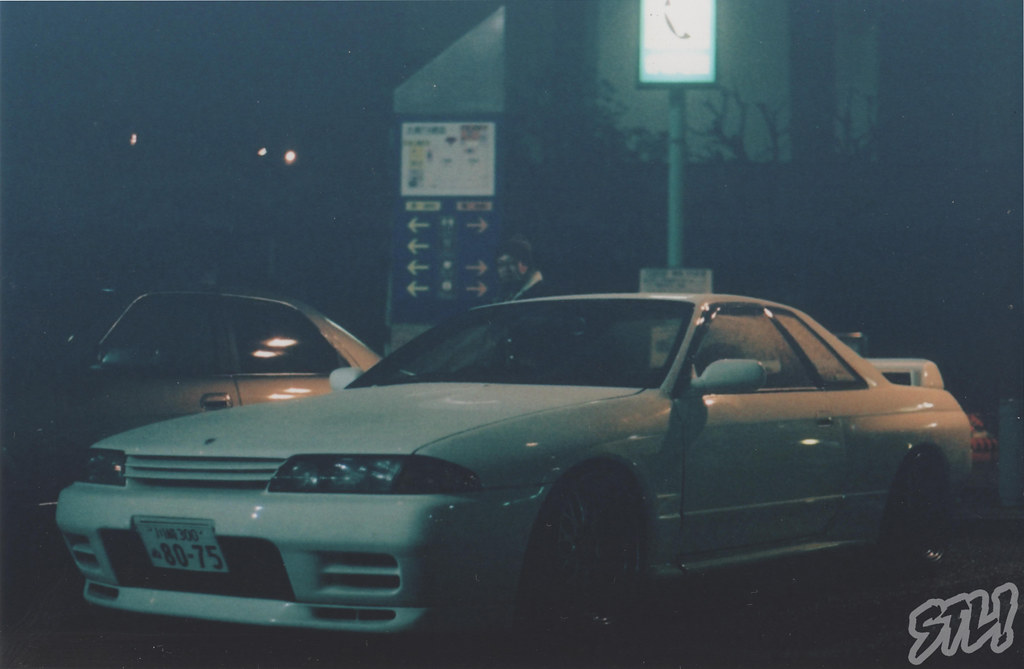 After dashing around in the persistent rain trying to photograph as much as possible, we jumped back in the DC5 and hit the wangan to move to the next spot. I wasn’t sure where we were going until we hopped out of the Integra once more and I found myself in yet another of one of Tokyo’s car hotspots: Tatsumi PA. 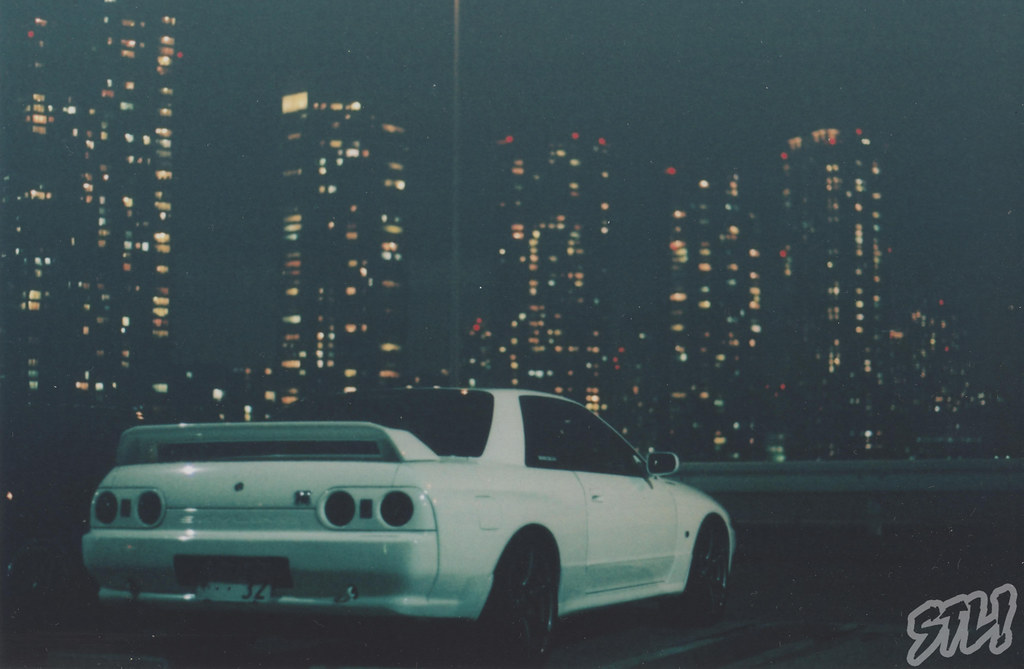 It was a pretty weird experience standing in a car park that had an expressway running below it, with high rise buildings not-so-far away providing the ultimate Tokyo backdrop for some of the brilliant cars parked up. We saw a lot of R32 GT-Rs throughout the night, with the above example on R34 GT-R wheels being right up there with the best of them. Tatsumi was definitely a place for the wealthiest enthusiasts to show off their machines – the driver of the Top Secret-stickered R35 GT-R pictured below was rumoured to have arrived with a helmet on having just pulled in from a high speed blast down the Wangan (while trying his best to avoid any legal issues in the process). 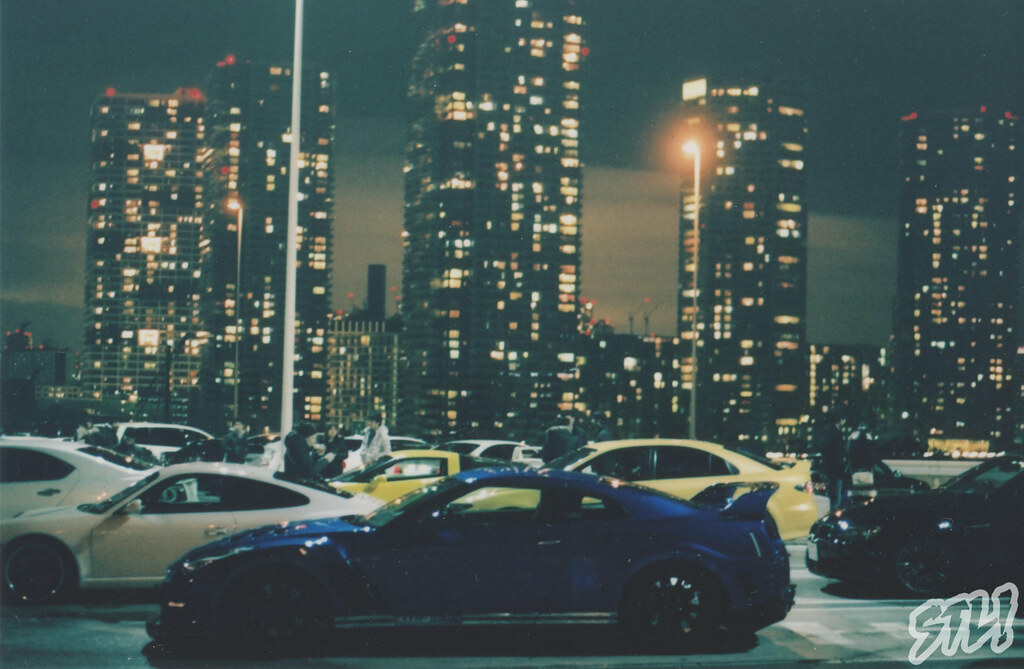 GT-Rs rubbed shoulders with equally incredible Porsches – there was no prejudice here. 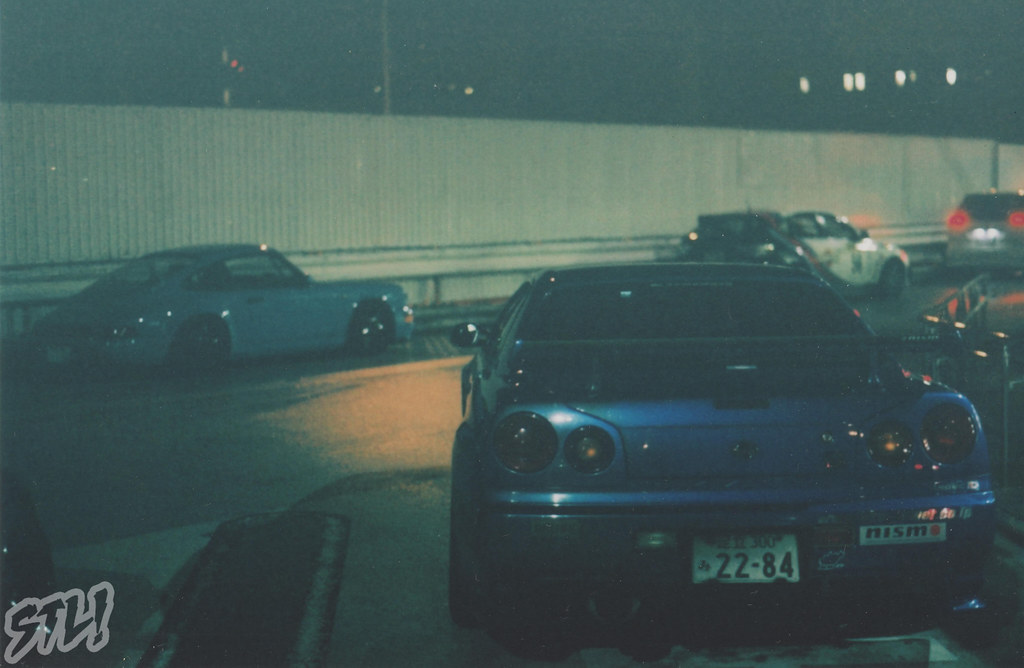 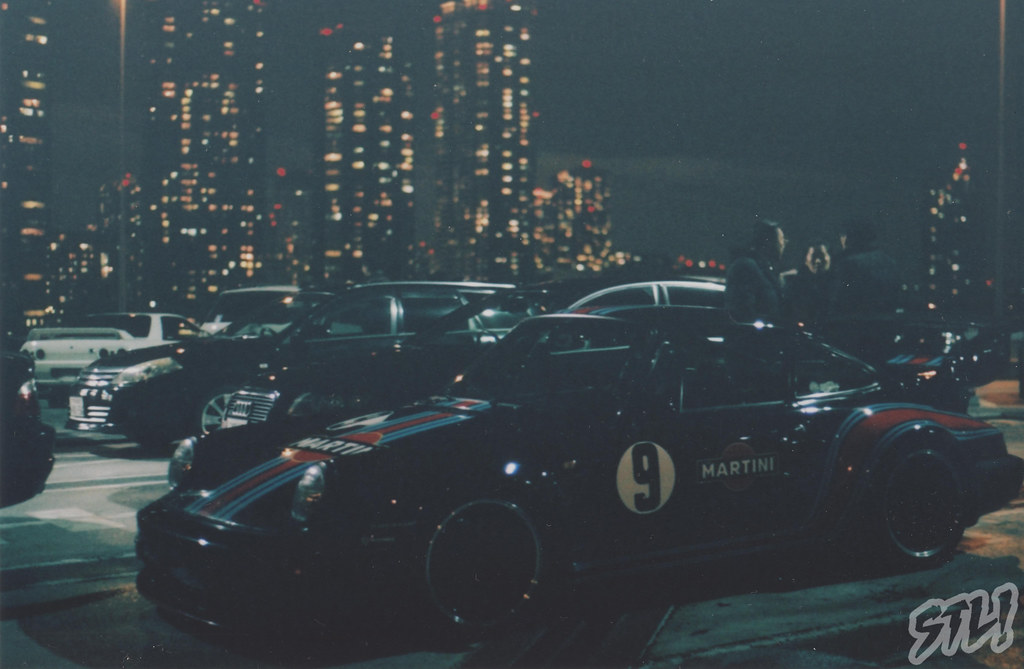 In contrast, this 180SX almost looked out of place compared to the predominantly non-drift selection of cars parked up. The owner stopped for a swift cup of coffee before sliding back into his bucket seat and powering of as fast as his SR20 would carry him…which, in comparison to the other vehicles in the vicinity, wasn’t particularly quick! 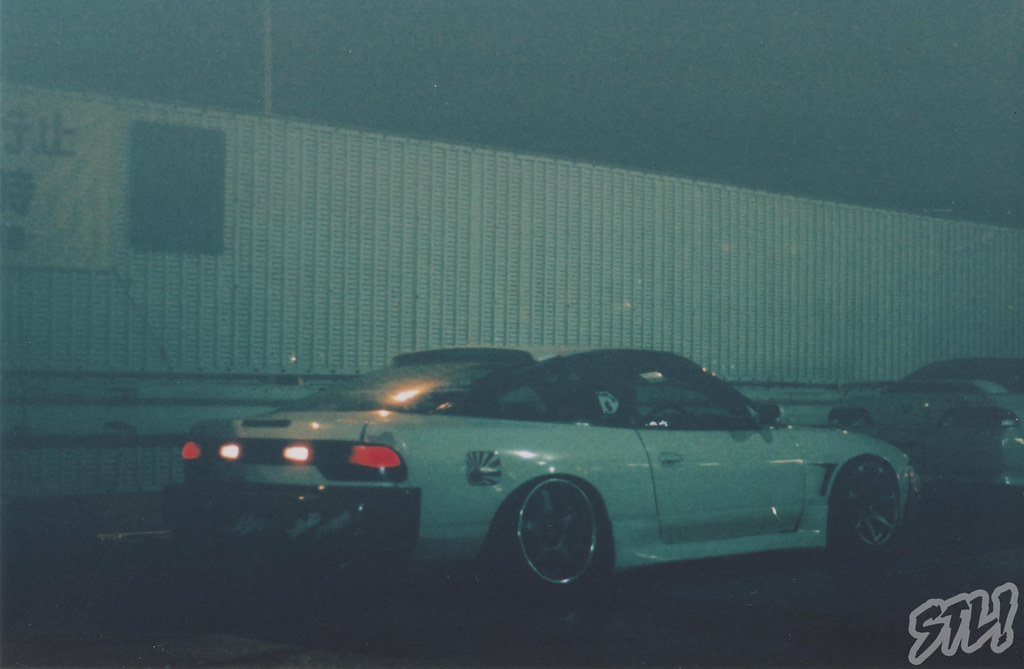