Dan’s PS13 has long since been sold on and stripped of various parts, however I thought I’d best share these photos I took of it at Driftworks HQ during the summer, just before he decided to pull the engine and selected other parts and sell on the shell. 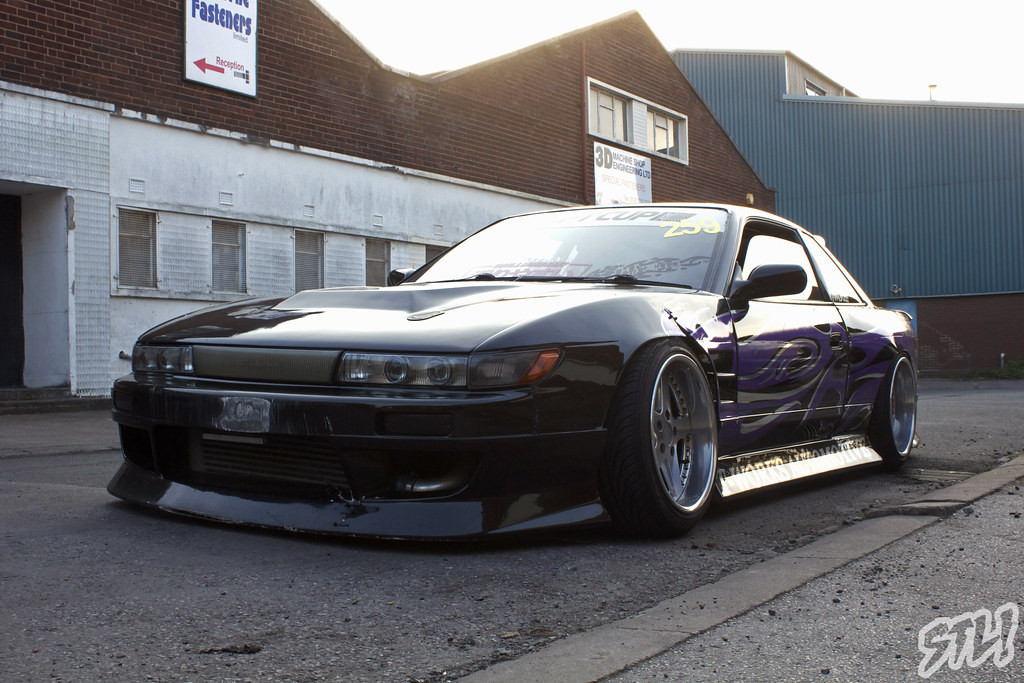 I’ve featured this car in the past (prior to it receiving its livery) but it’ll always be worth revisiting. Dan built this PS13 on his driveway, with only the painting, vinyl and mapping having been completed elsewhere. 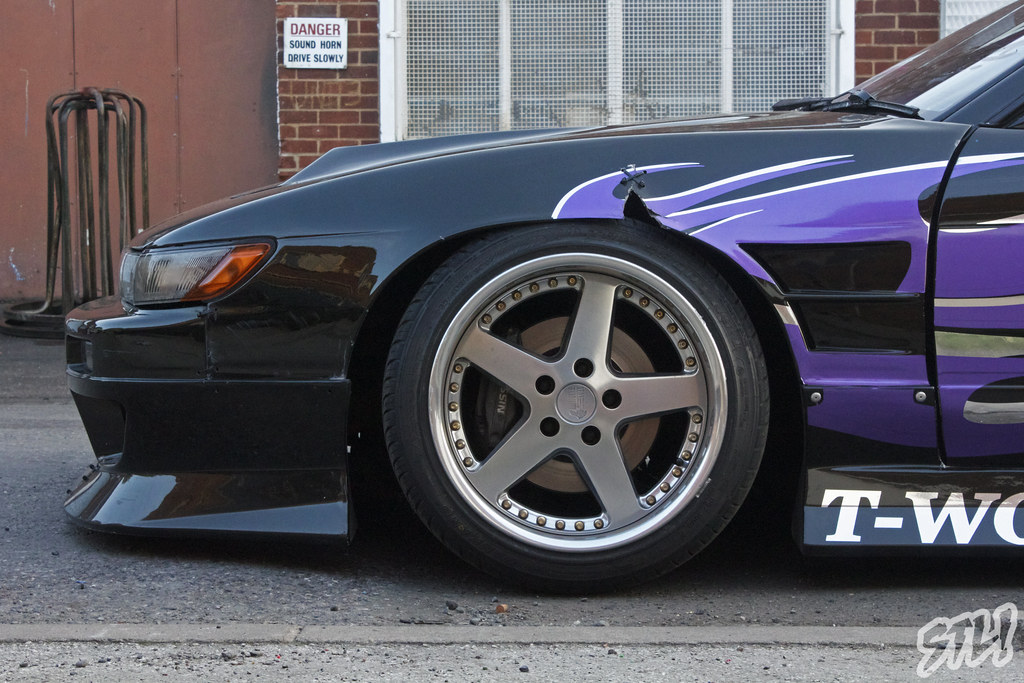 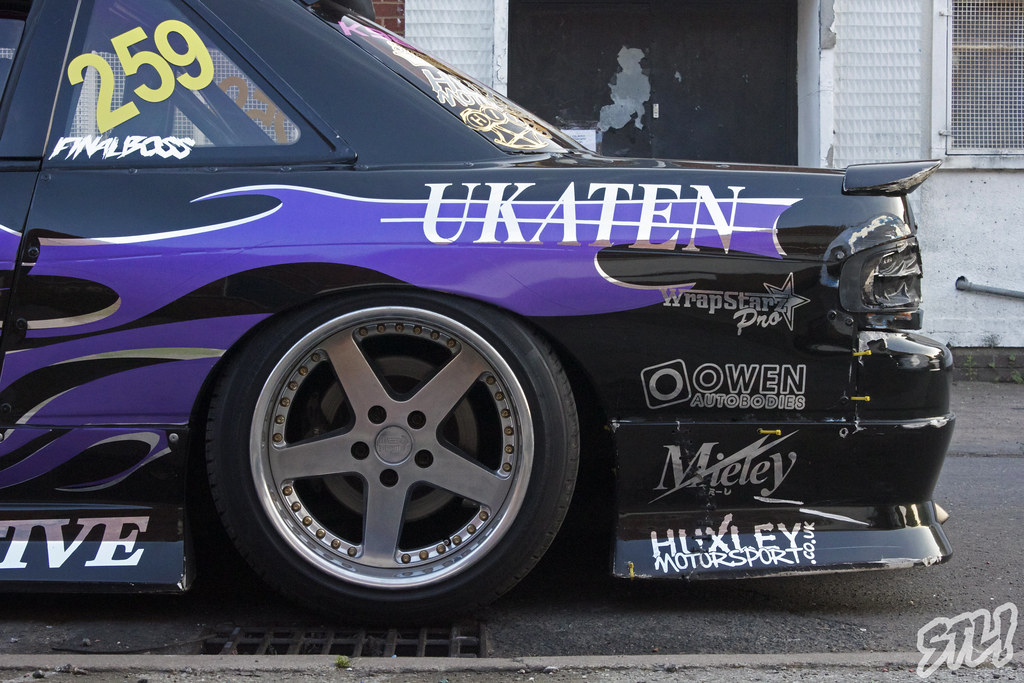 Damage courtesy of the Driftland wall. 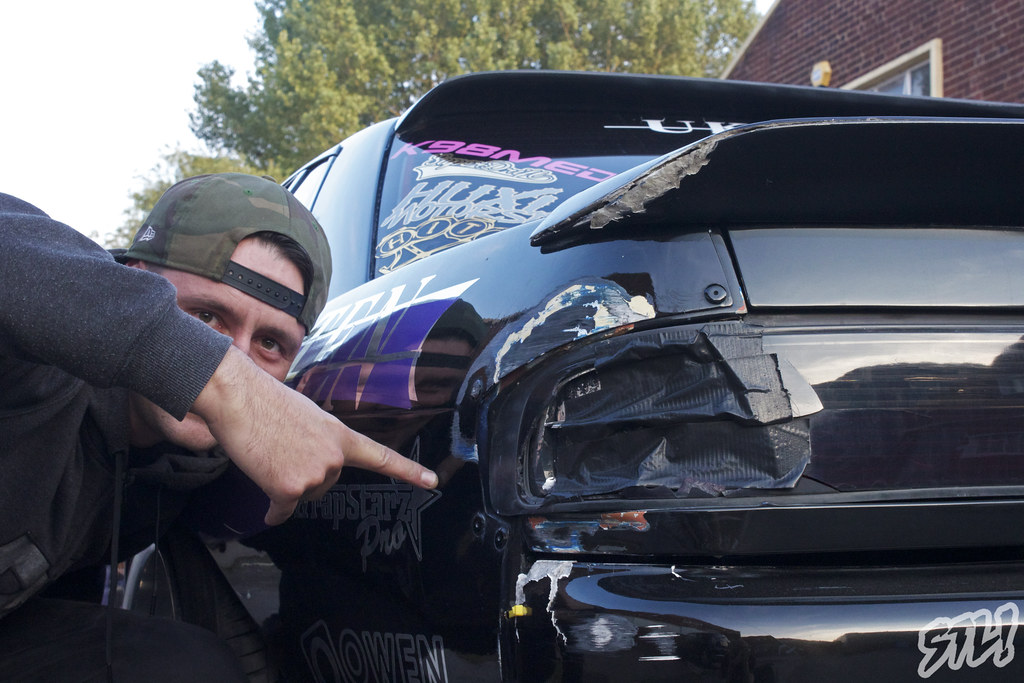 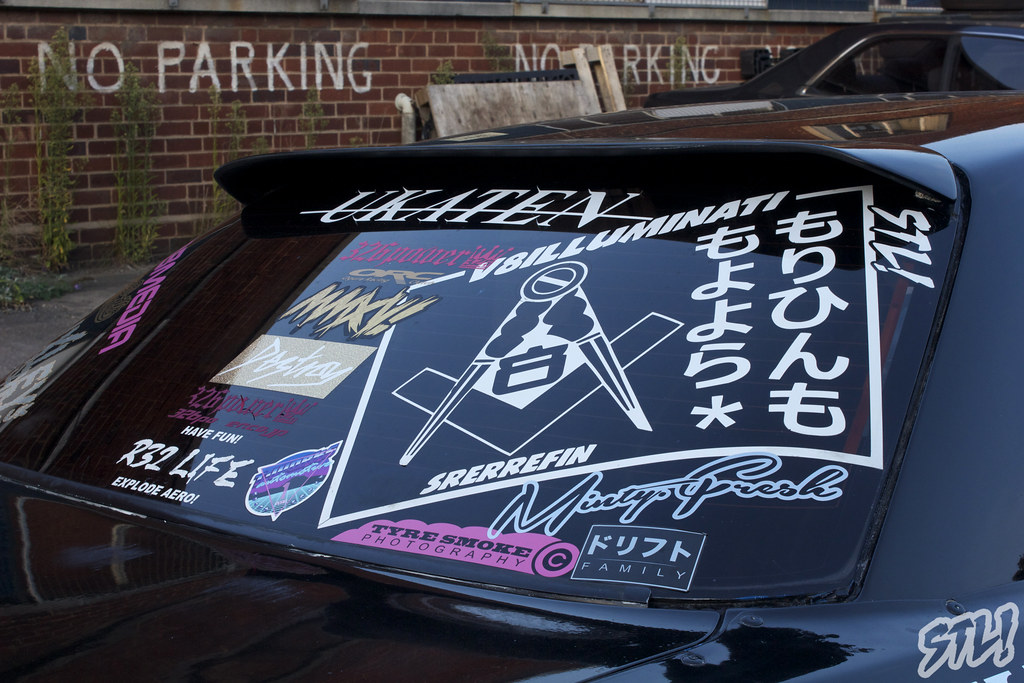 To many, the Lambo doors were the icing on the cake for Dan’s PS. 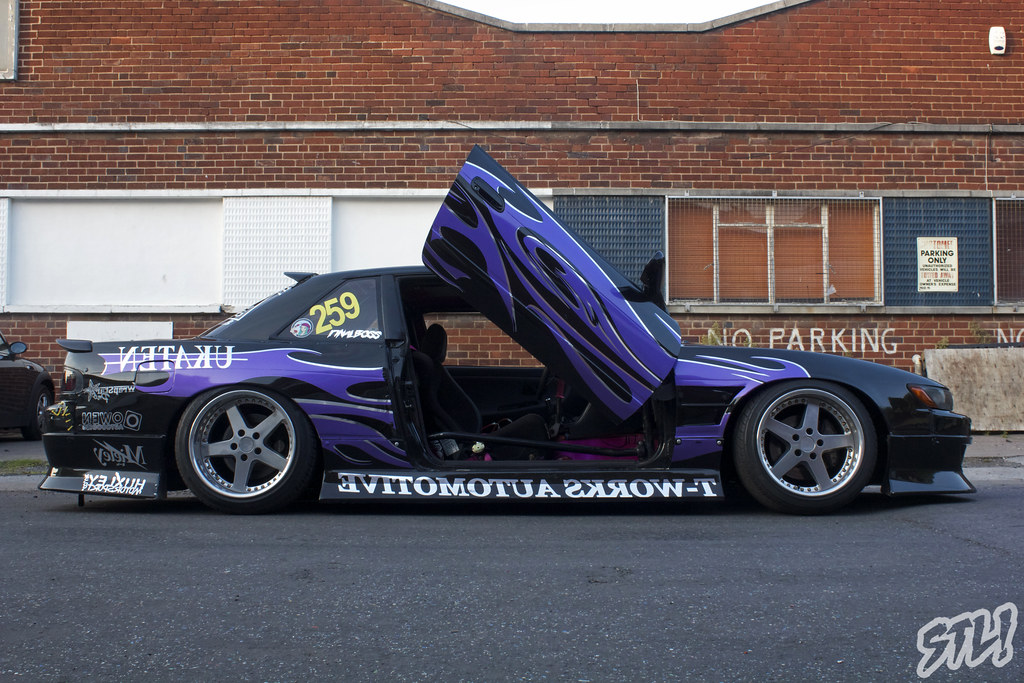 After popping them you can see the single door bar that features as part of the Fabricage bolt-in roll cage. 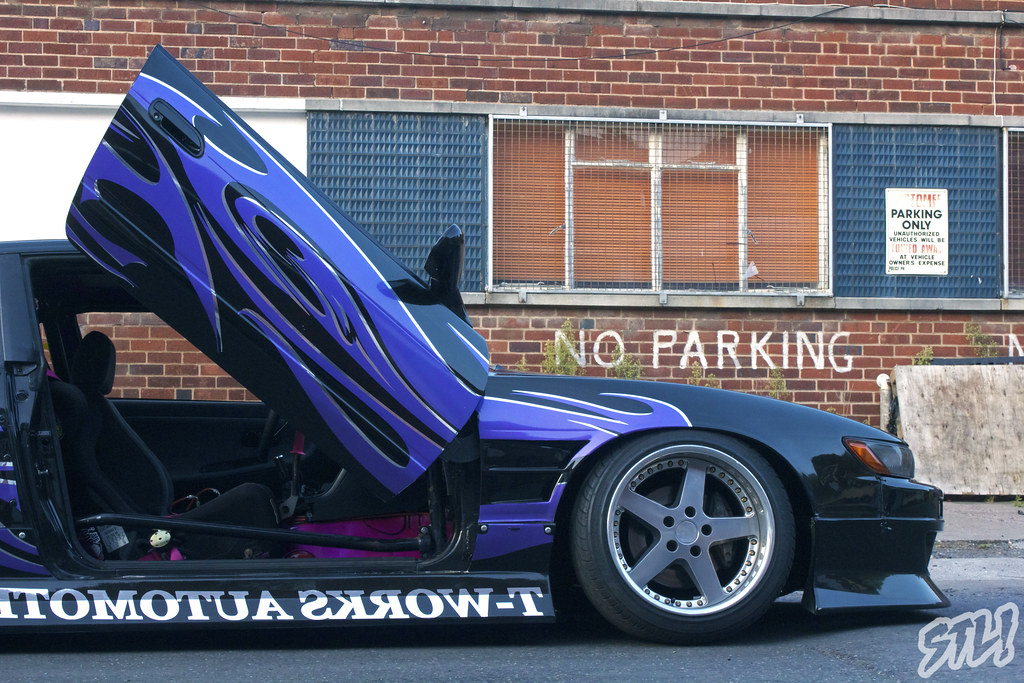 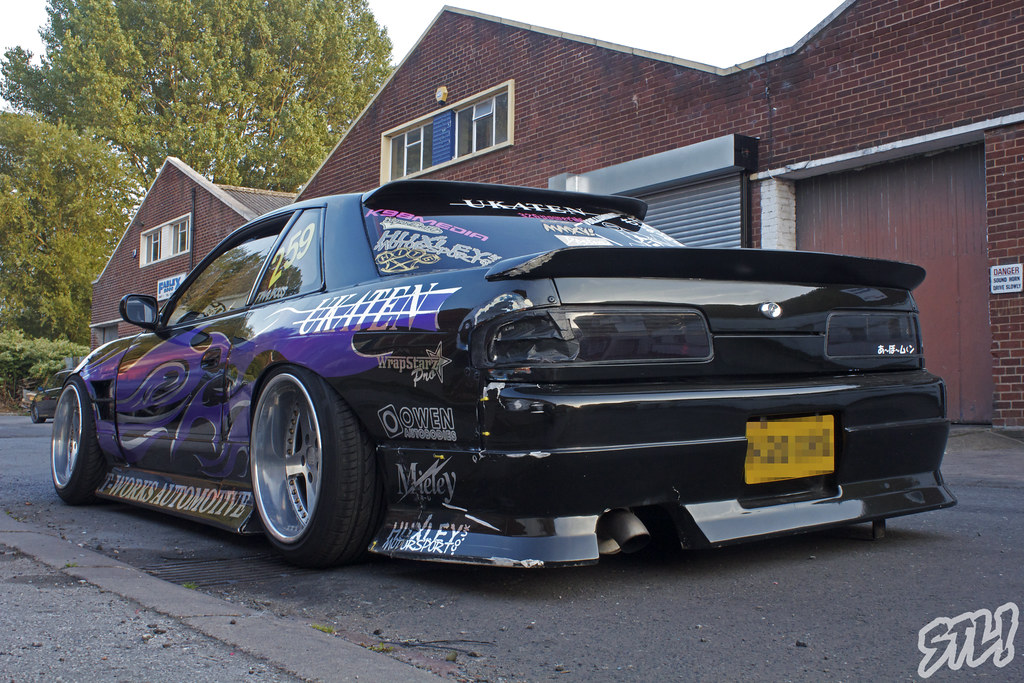 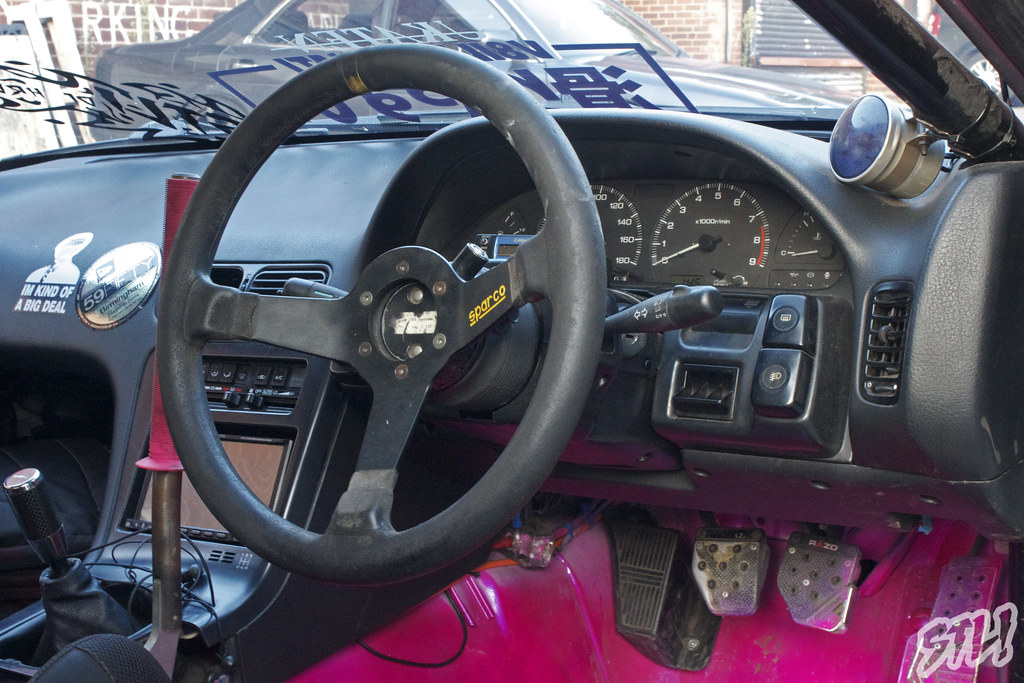 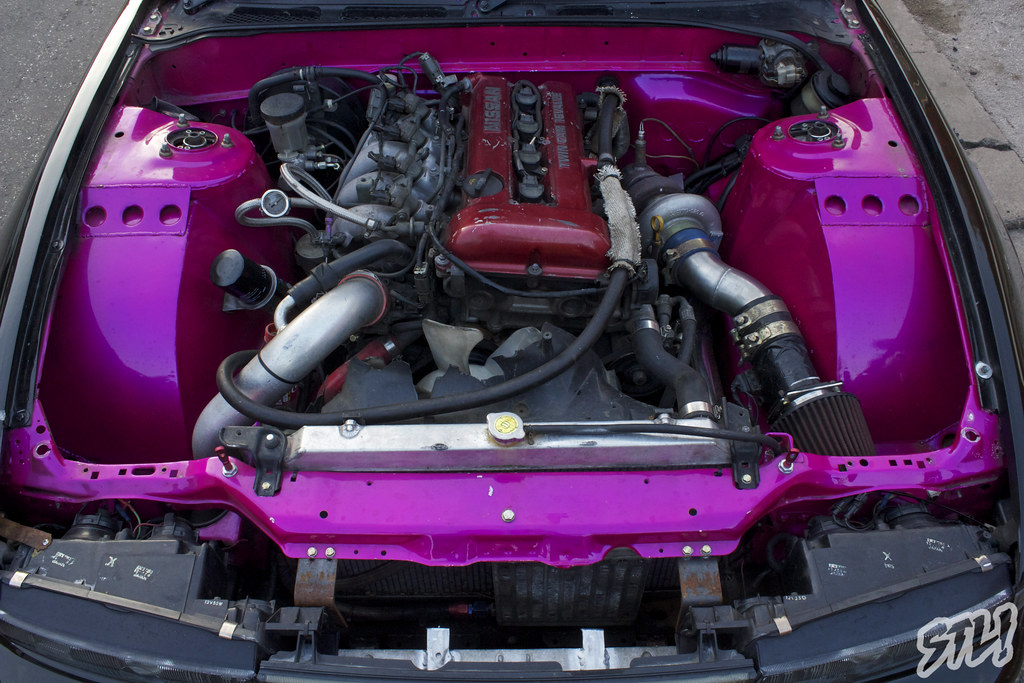 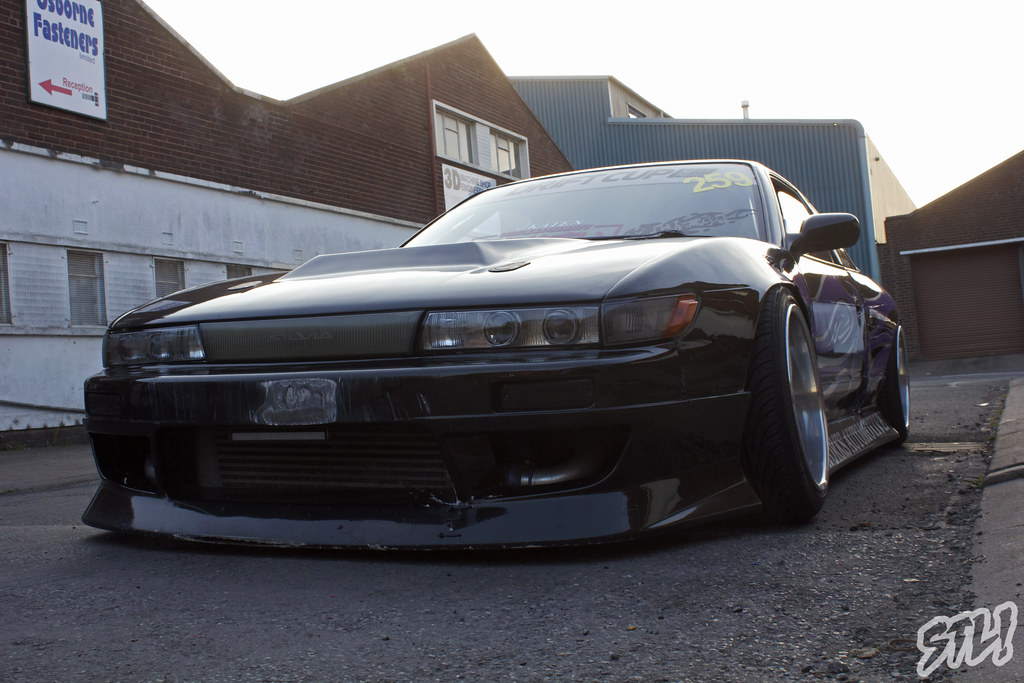 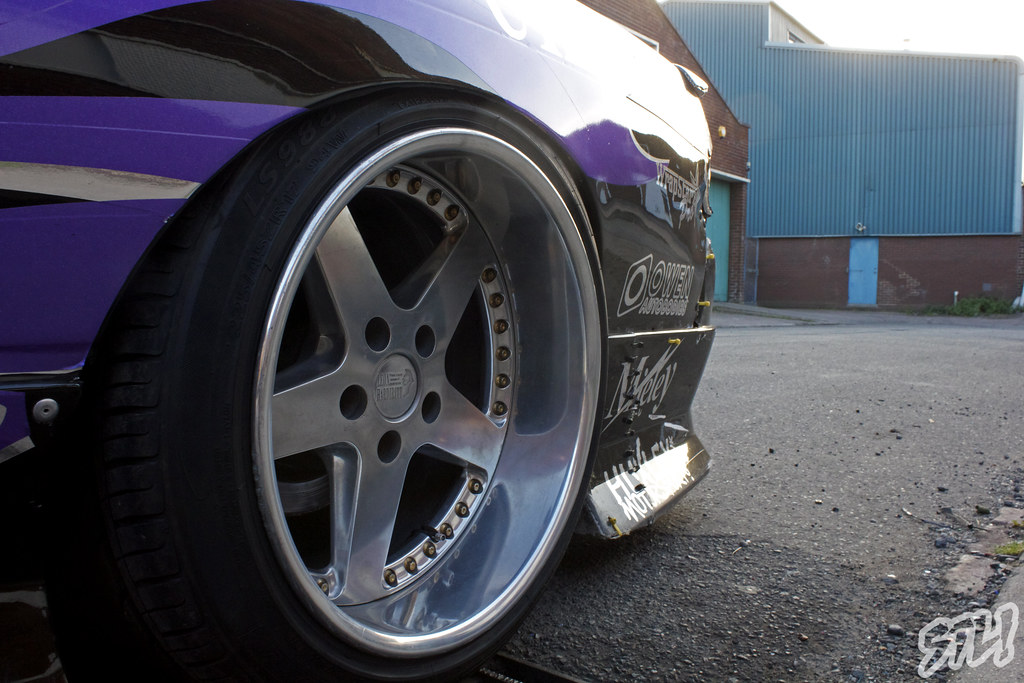 I’m really looking forward to seeing this car back out in action again, along with Dan’s new S15 build.