After years of daydreaming, wishing and then subsequently failing to ever put any plans in place, just under three weeks ago I stepped off a plane at Tokyo Narita airport and finally set about the trip to Japan that I’d never previously been able to make a reality. 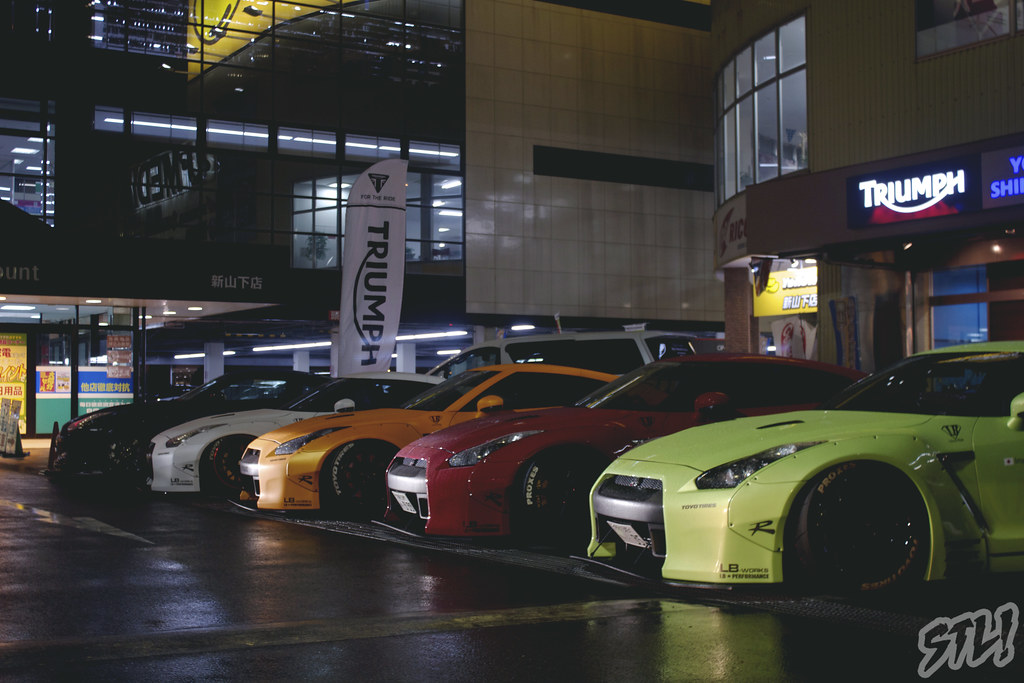 Having hastily booked the trip with Jon from Bad Luck just a few weeks prior using what little money I could muster together at the time, the trip’s main purpose was to soak up as much Japanese culture as possible, with less of a focus on the car scene. However, with car culture being pretty much unavoidable in the motherland if you keep your eyes open, I was still able to get my fix during our travels between Tokyo and Osaka.

The first part of my coverage takes place just under a week into our stay. By this point I’d manage to overcome my jet lag, get my bearings and become accustomed to ordering all kinds of weird and wonderful food. I’d explored the likes of Ginza, Akihabara and Asakusa on foot and, the night before, enjoyed a typically boisterous night out in one of Roppongi’s more notorious clubs.

Having returned to our hotel in Akasaka at around 6am we were both feeling less than 100% when we awoke but there was no time to waste – Hidefumi-san was parked up outside in his Championship White DC5 and was ready to take us on a tour of some of the most infamous car spots in Japan. 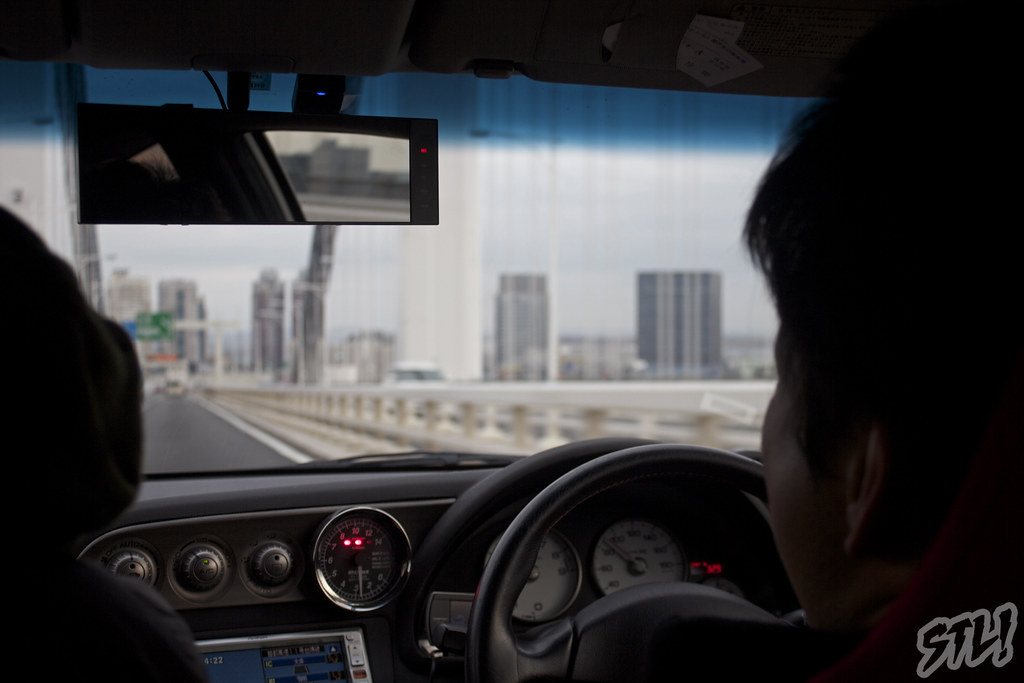 The plan was originally to head towards Yokohama, check out the notorious Daikokufuto and Tatsumi Parking Areas and then grab some food. However, as we made our way down the expressway a yellow building adorned by numerous gazebos caught our eye. The shop was named Yellow Hat and the gazebos belonged to the likes of Rays, Volk and numerous other notorious Japanese brands. After a brief detour to pick up Hidefumi-san’s girlfriend, we headed straight over to Yellow Hat to see what the commotion was about. 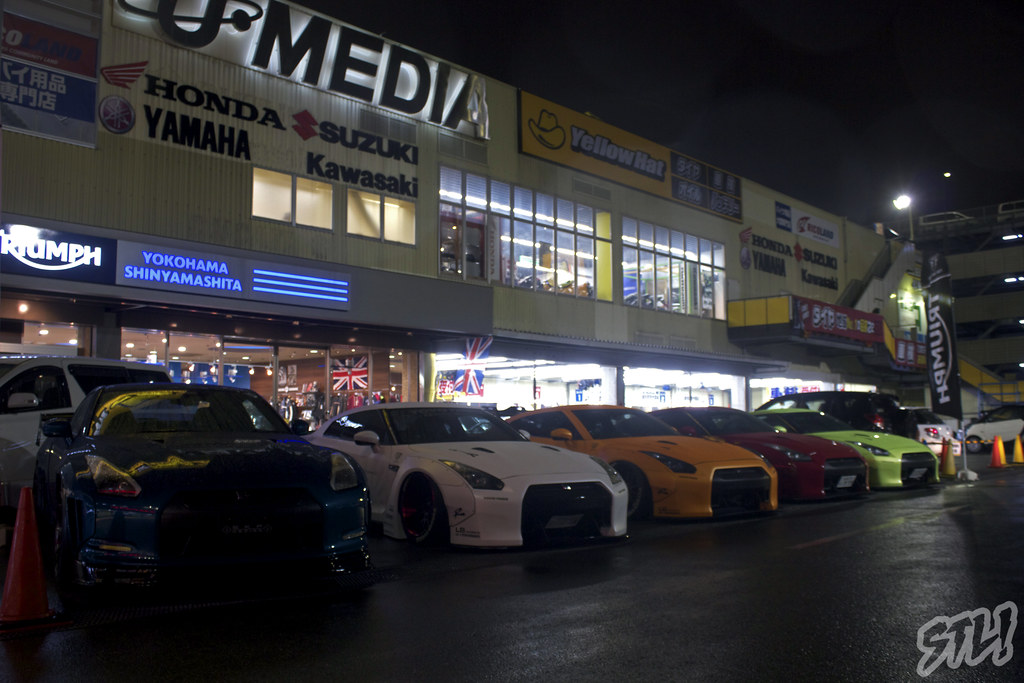 As we rolled in the first thing I spotted was this line-up of five Liberty Walk R35 GTRs. In all honesty I’ve never been a massive fan of Liberty Walk’s cars – I’ve always been impressed by them but, as I’m not going to own a Lamborghini or Ferrari any time soon, I’ve never really been able to relate to them like I would a more typical Nissan or Toyota build. However, seeing a line of brightly coloured R35s that have all received the LB treatment was massively overwhelming – I think you have to see an LB car in the flesh to fully appreciate the massive presence they exude. 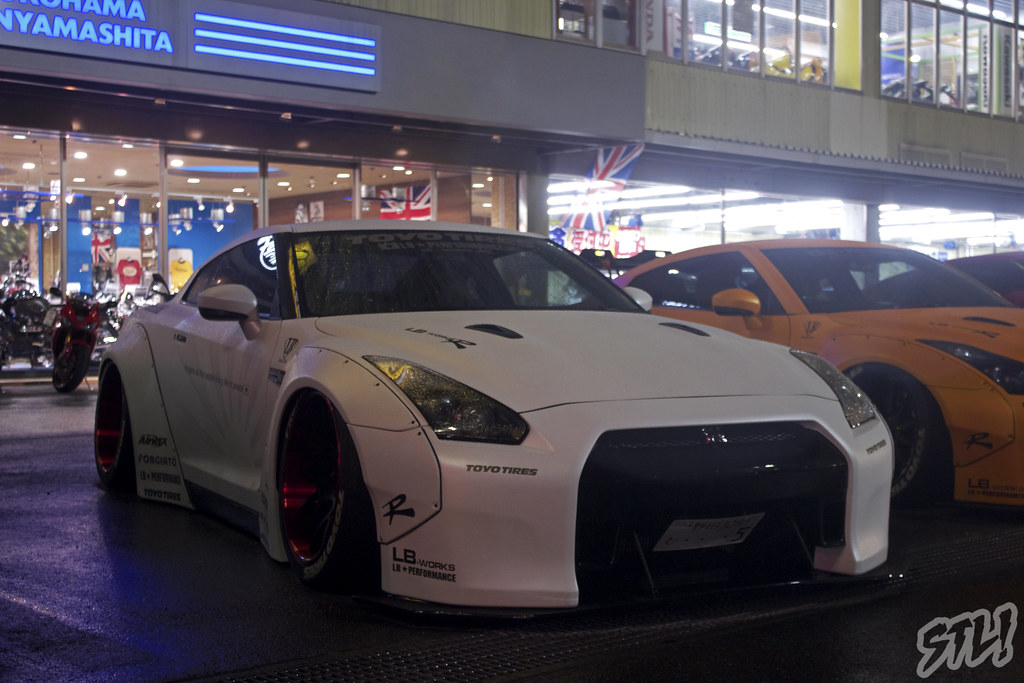 Many would argue that modifying a GTR in this fashion goes against everything the GTR badge stands for and to be honest, they’re probably right. But at the time I couldn’t care less as I marvelled at these in-your-face machines. 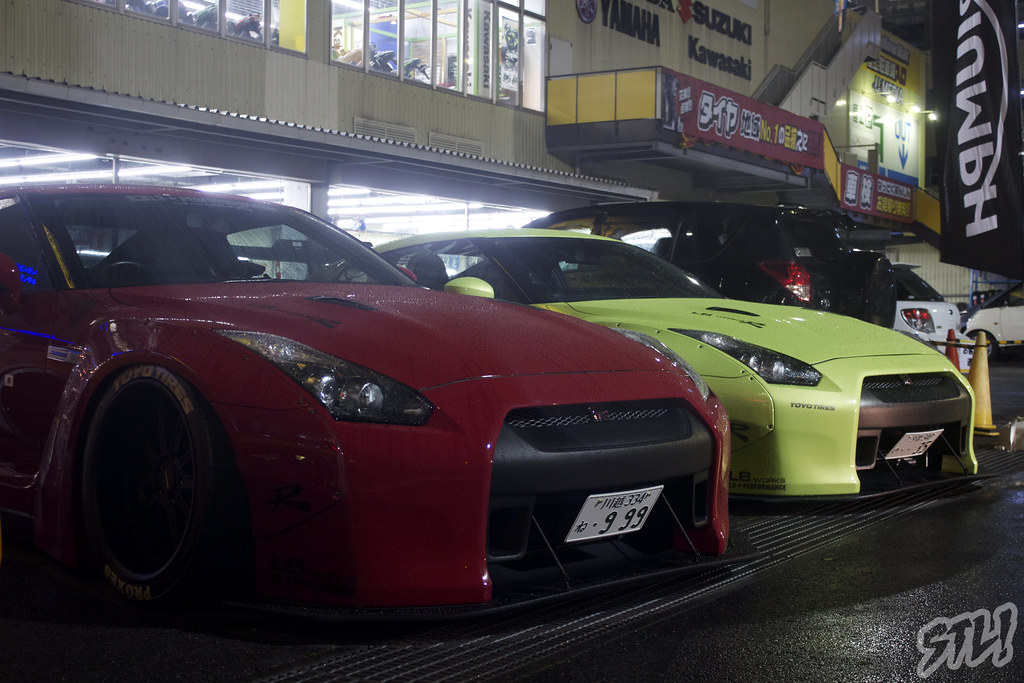 I wish I could tell you more about each individual R35 but unfortunately I was too busy gawping at them at the time to try and gain some more information. 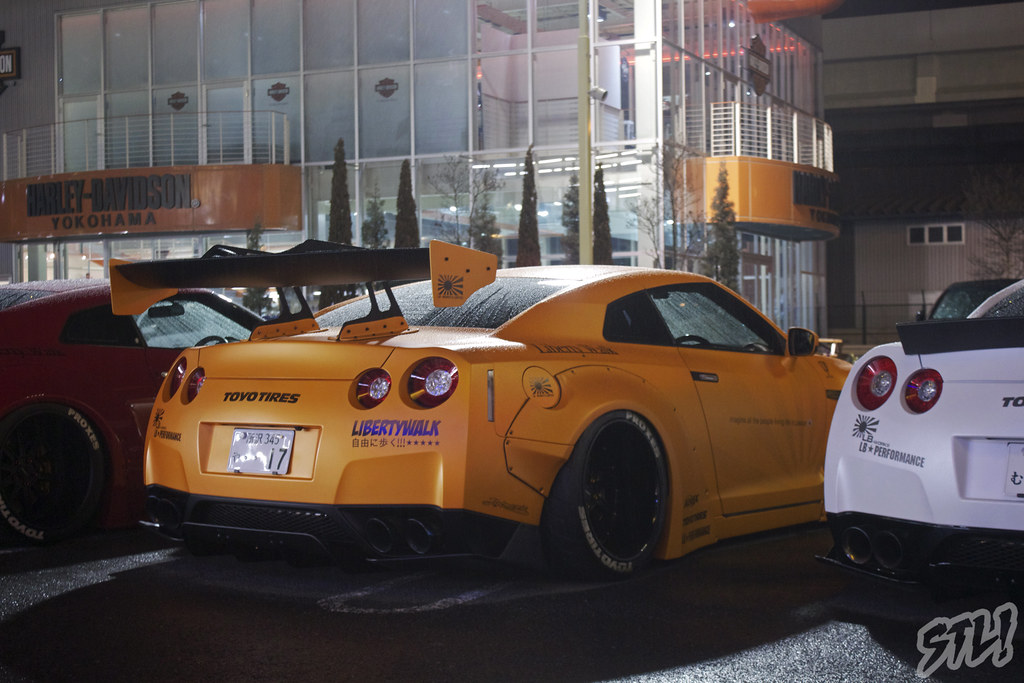 If there’s one thing that I learnt while in Japan it was that if you’re going to try and stand out from the masses, don’t do a half-assed job of it. Whenever you saw the likes of a Mercedes, BMW or Porsche (already relatively rare sights in Japan) parked up it was never the lowly bottom-of-the-range models – always the high end, best of the best variants. I can’t remember the last time I saw so many “AMG” and “Bi-Turbo” badges. 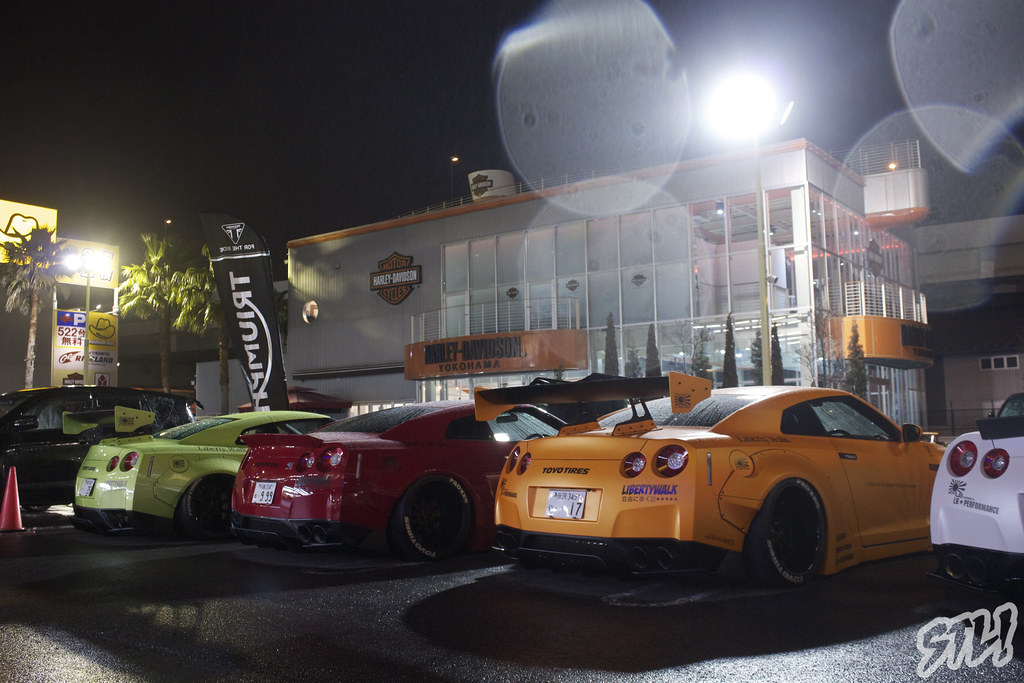 I’m trying to avoid saying “go big or go home” here but I’m sure you get the point and, to me at least, that is what Liberty Walk is all about. 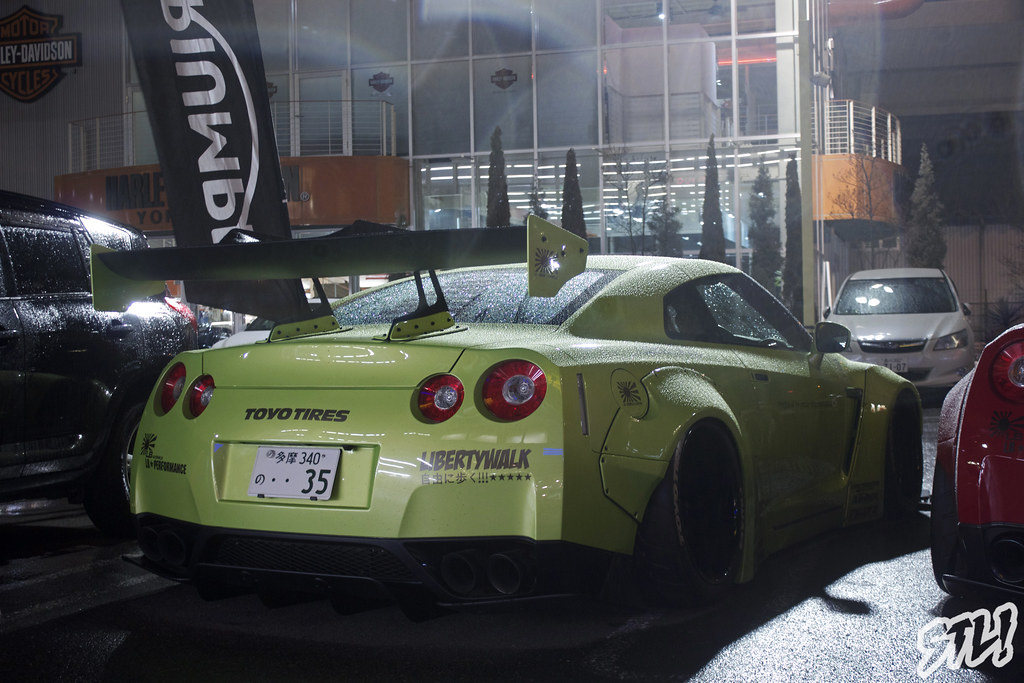 My point could not be emphasised further by what greeted us outside the store’s entrance. This pink Murcielago has been synonymous with the Liberty Walk name for a while now and for good reason. 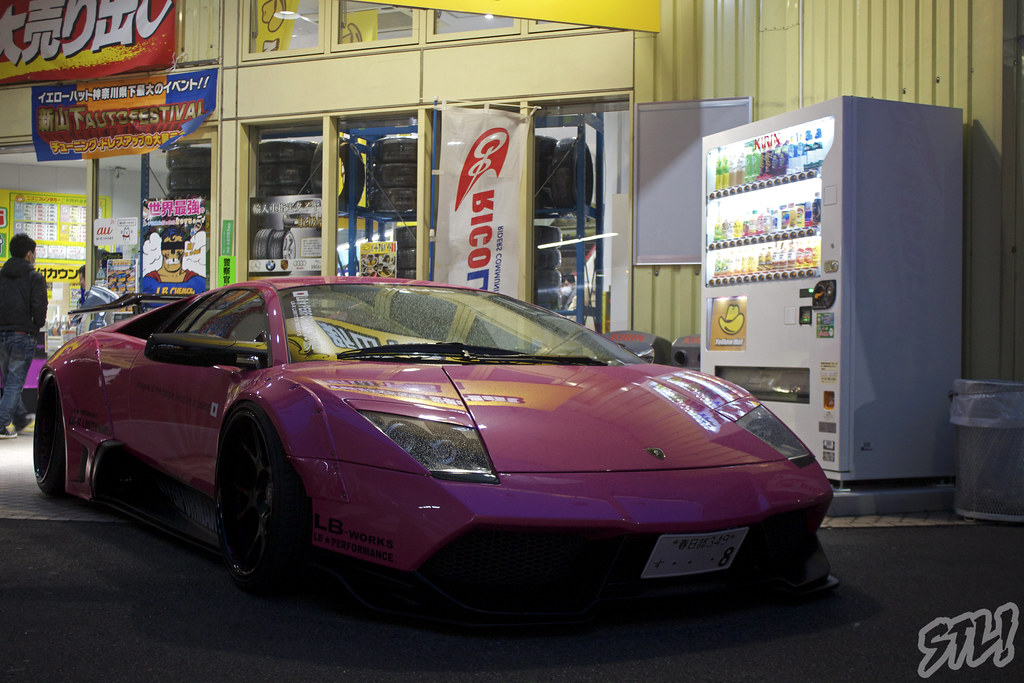 I couldn’t help but chuckle at the slogans promoting world peace adorning the doors – I’m sure my view of the world would become a whole lot more positive if I owned a pink Lamborghini but nevertheless, this was still a mind-blowing car to see in the flesh. 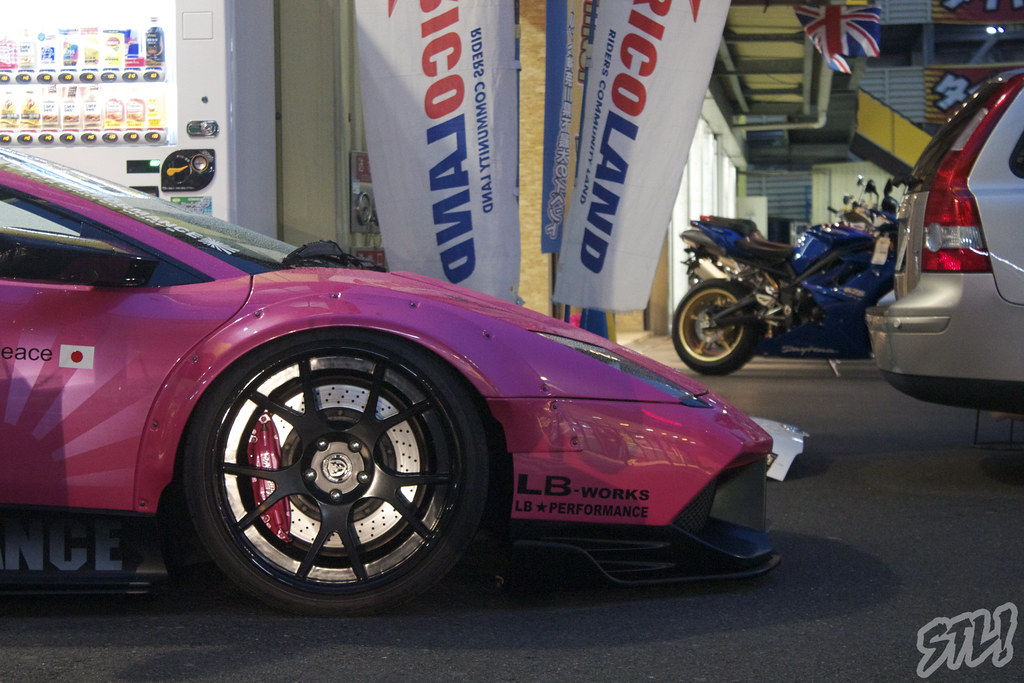 The visual assault didn’t end there either as on the other side of the door sat LB’s Ferrari 458. Again, this is another car that I wasn’t particularly into having seen photos online but standing next to it in real life is absolutely the best way to experience this visual onslaught on the senses – I was quickly swayed. 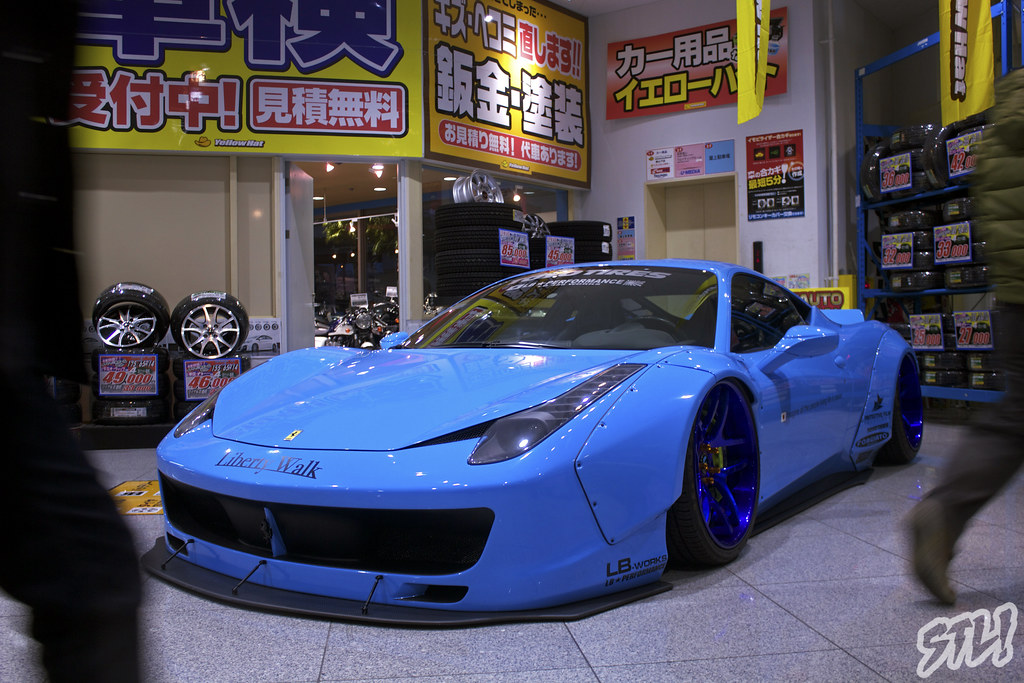 No sooner had I turned around when I spotted yet another Murcielago parked just a few metres away. With a military themed exterior and an interior sporting a whole lot of camo material (not to mention the camo wheels), you could almost say it was subtle compared to some of the other creations in the vicinity. Nevertheless, it was still an absolutely incredible car to have a look around. 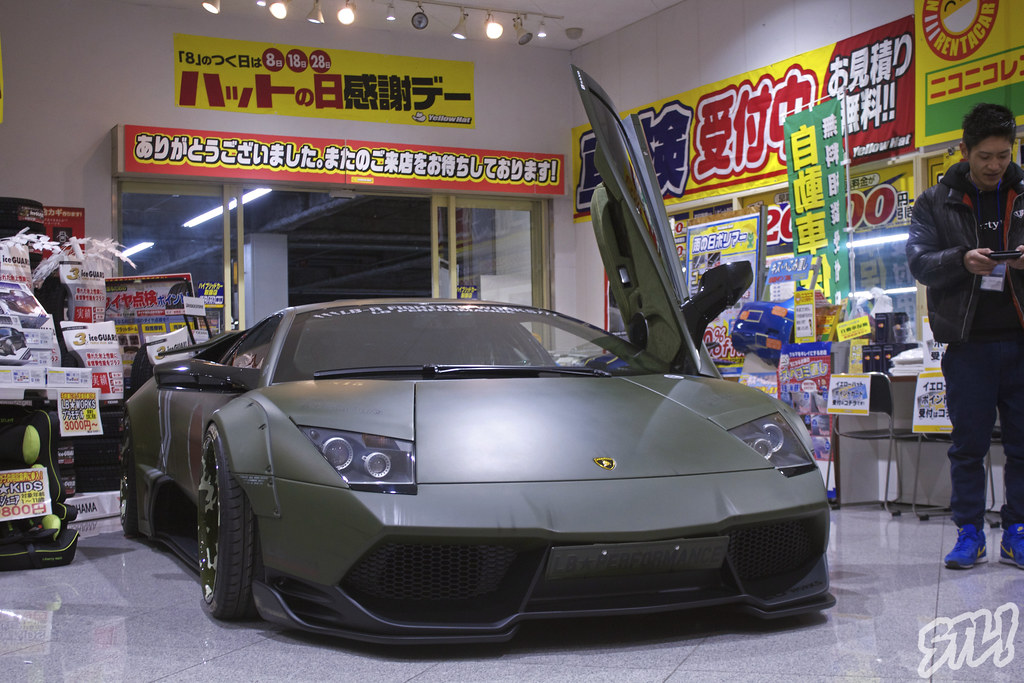 In comparison to the cars that surrounded it, this comparatively subtle FD3S looked completely out of place. That’s not to say that it wasn’t awesome in its own right however and it served only to increase my desire to own an FD as soon as my interest in drifting waivers (or I find a few thousand pounds stuffed down the back of the sofa, either way). 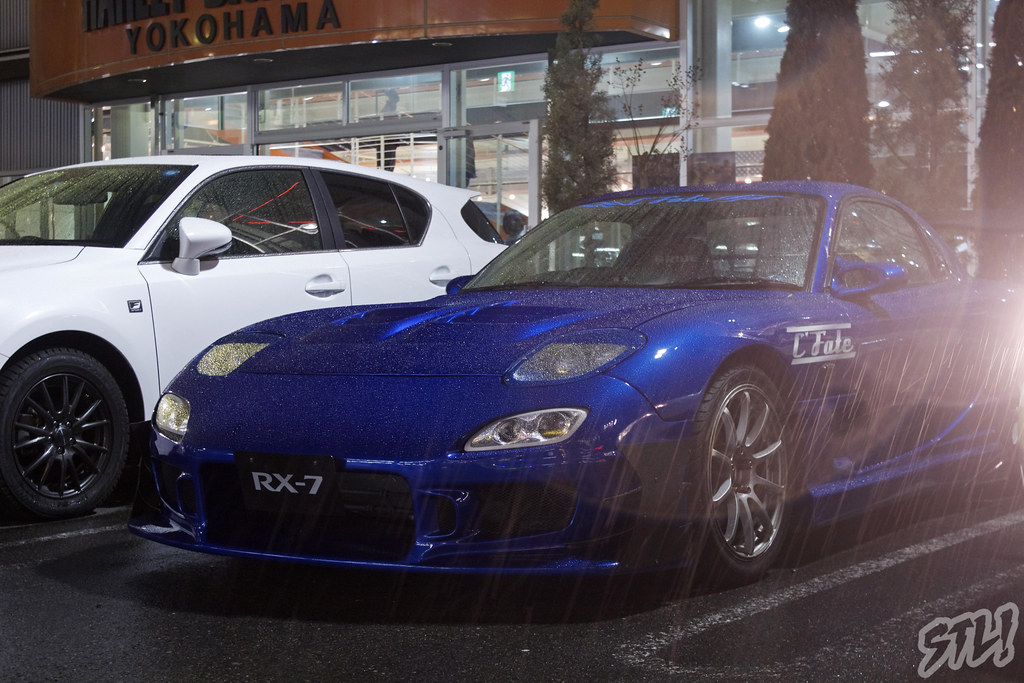 As I still struggled to take in everything I had encountered within fifteen minutes of being at my first car meet in Japan, I was told that there was more to see upstairs. I thought to myself “what could possibly be more exciting than what I’ve seen already?” as I ascended the stairs to the roof top. As I emerged from the staircase to be greeted by a selection of D1GP and D1SL cars accompanied by a plethora of company demo cars (including the mind blowing Weld FR-S), I realised I couldn’t have been more wrong – more of that in my next post.