Since the introduction of DriftCup last year the series has snowballed in popularity, with Round 1 of this year’s championship selling out almost instantly. With so many drivers keen to compete, many of them spent the winter months bringing their street/practice cars up to spec with some serious additions. As a result, there’s now an array of very cool, street styled cars sporting serious cages and engine setups, fresh for 2015: Dan Joyce’s PS13 is one of them. 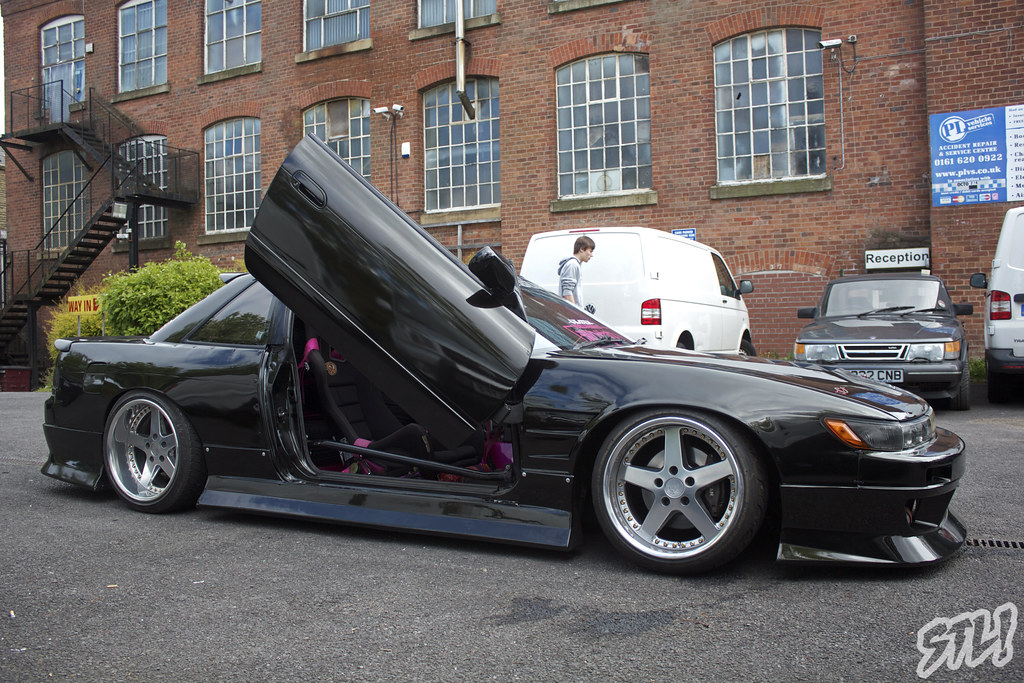 Dan’s car last took to the track at Drift Matsuri at Anglesey circuit last Autumn with myself behind the wheel. The odd fifth gear manji attempt saw the ORC clutch give up the ghost, so Dan spent the winter turning what was a blue, glittery Onevia into the black, PS13 fronted car you see now. 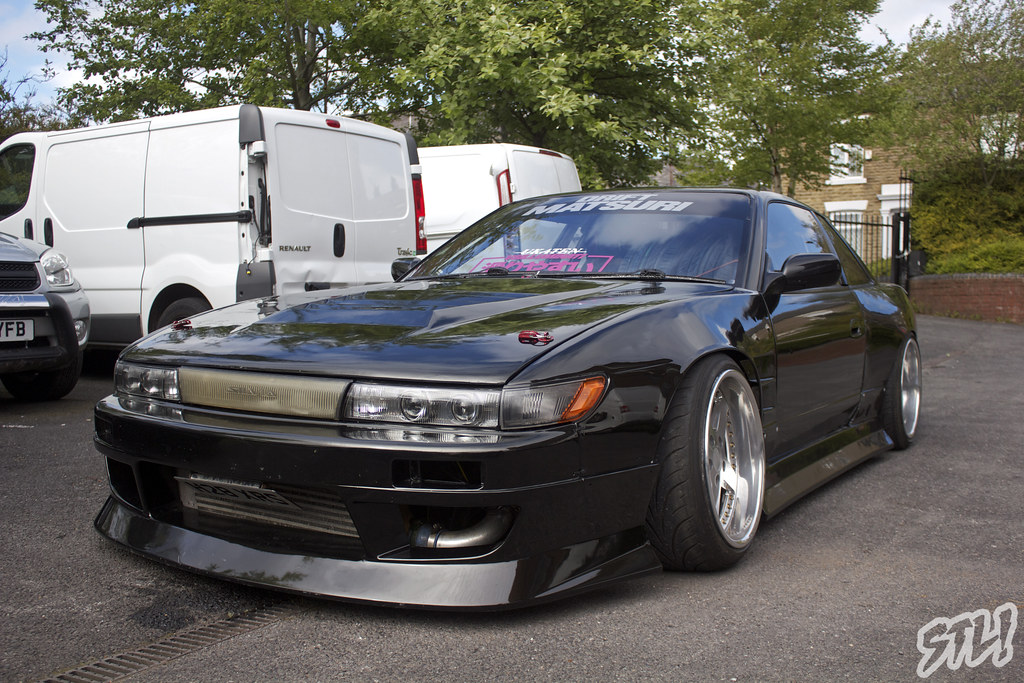 The exterior upgrades might include a D-MAX Type 3 aero kit, PS13 twin projector headlights, Lambo doors and a fresh coat of paint but the mechanicals have also been given some serious attention. 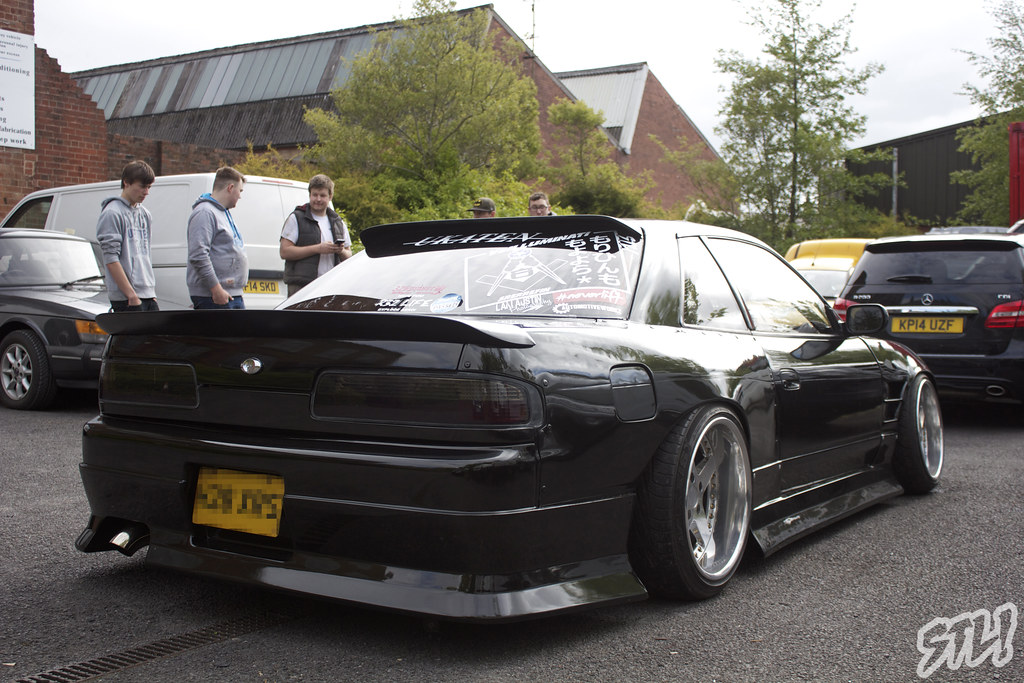 Under the bonnet the Red Top SR20 has now been equipped with the Greddy TD06 and supporting mid-mount manifold setup that once lived on Billy Sutton’s SR32. 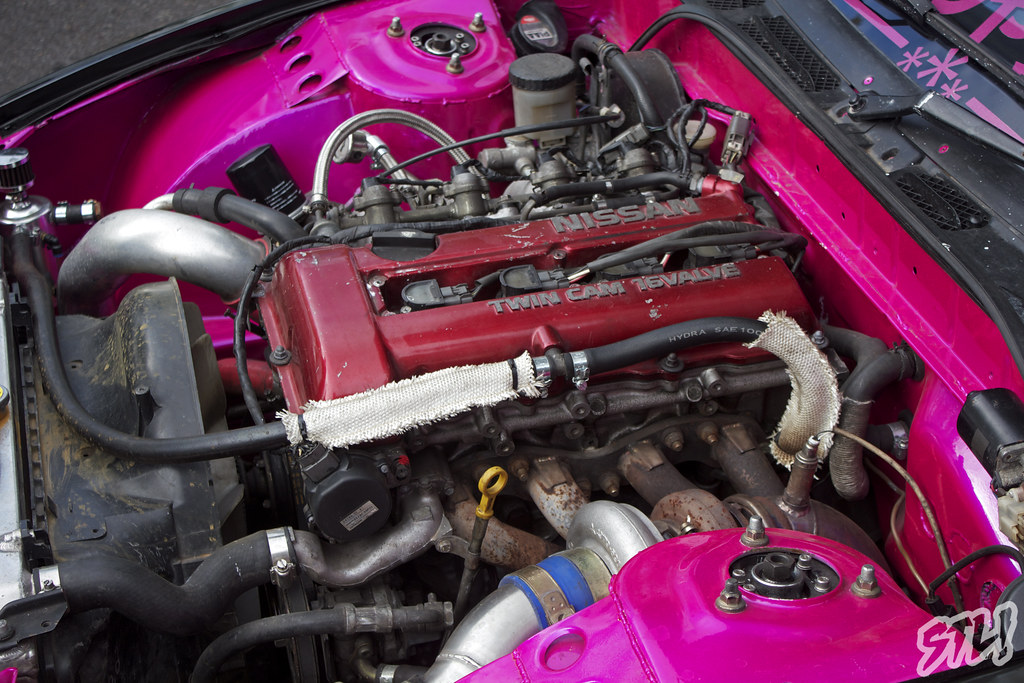 Having recently been mapped on the road at 1.5bar, it’d be fair to say that this thing now shifts. 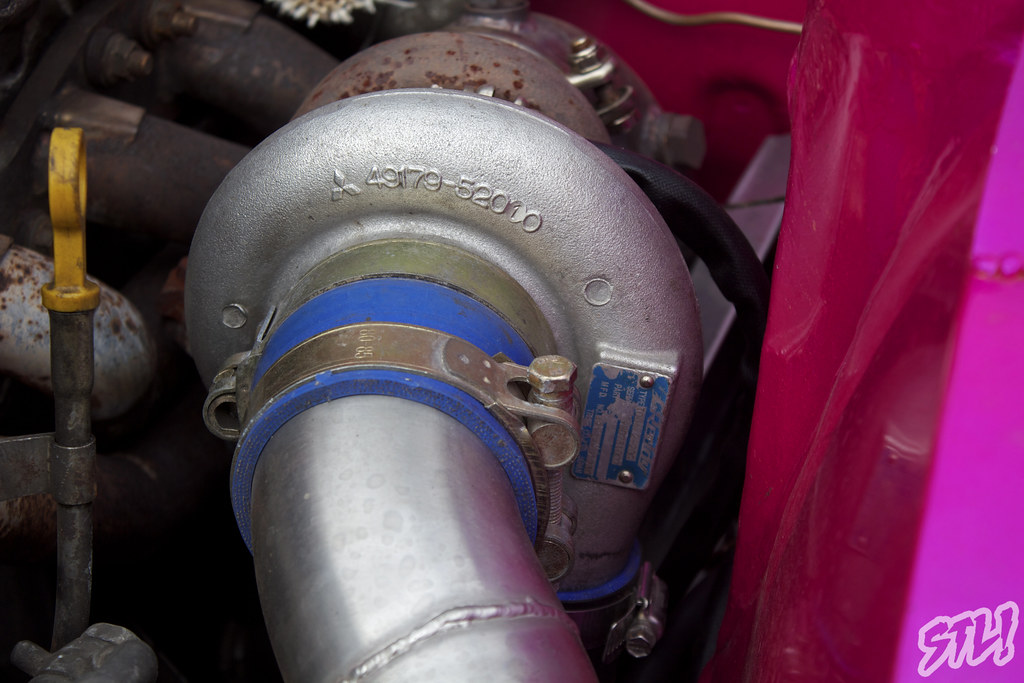 Joining the Fabricage roll cage, the interior has been treated to a Greddy Profec B , a digital boost gauge and a new double DIN head unit to help make those long drives to the track less boring. 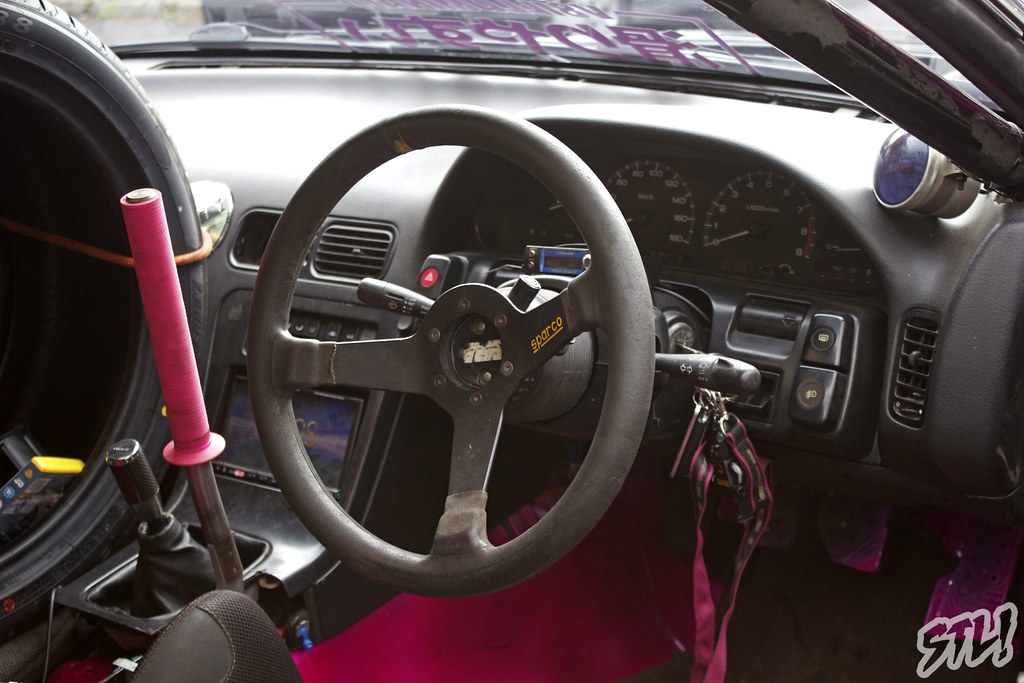 The SSR Leon Hardiritt Klosters still look as awesome as they did when I last featured Dan’s car, although they are no longer rocking the red centres. 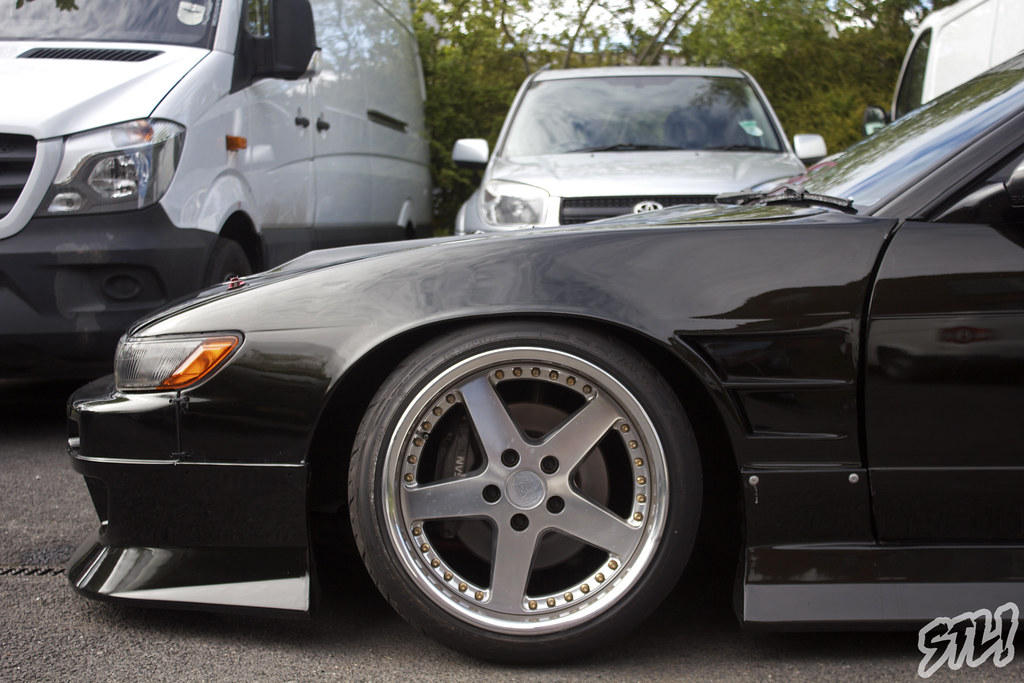 The rear end has also been treated to a D-MAX roof and bootlid spoiler combination. 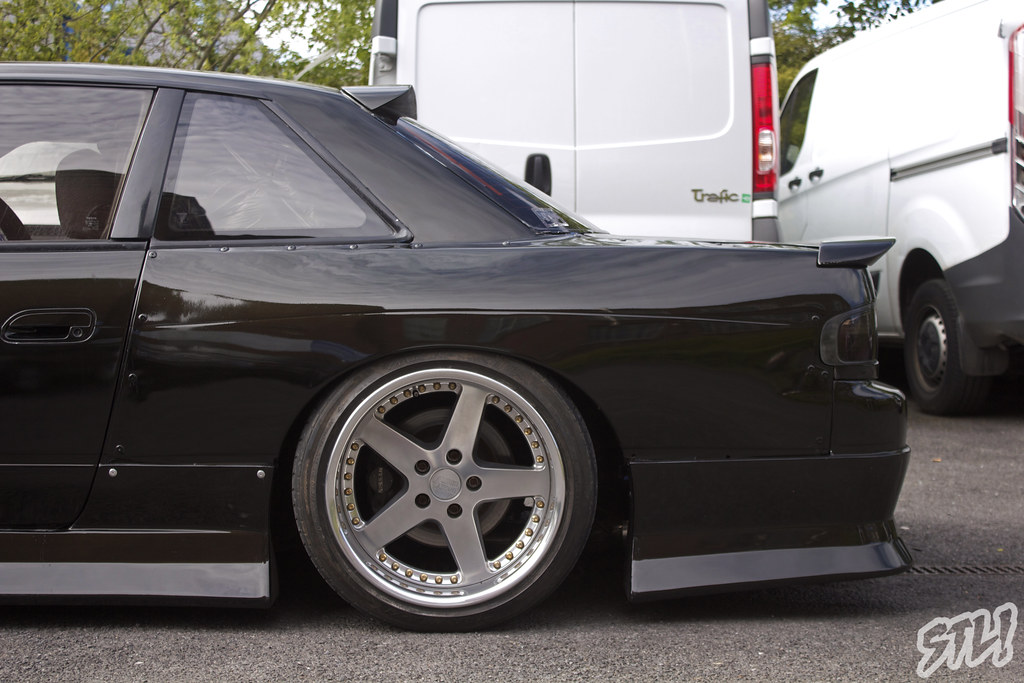 Dan gave the car its first shakedown of the year at Teesside Autodrome last Monday and, as I found out when I tried to chase him round the circuit, this thing seriously moves now. There are still a few things to sort prior to Finalboss Matsuri at the end of the month but nothing too serious.

Style, power and functionality – it is possible to have all three you know. 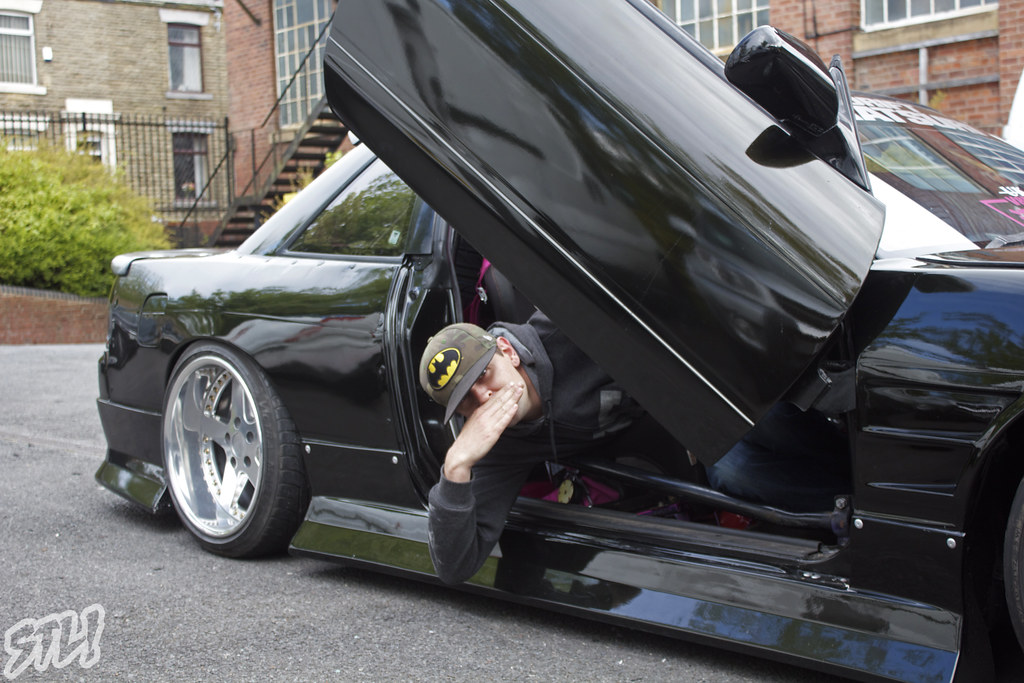